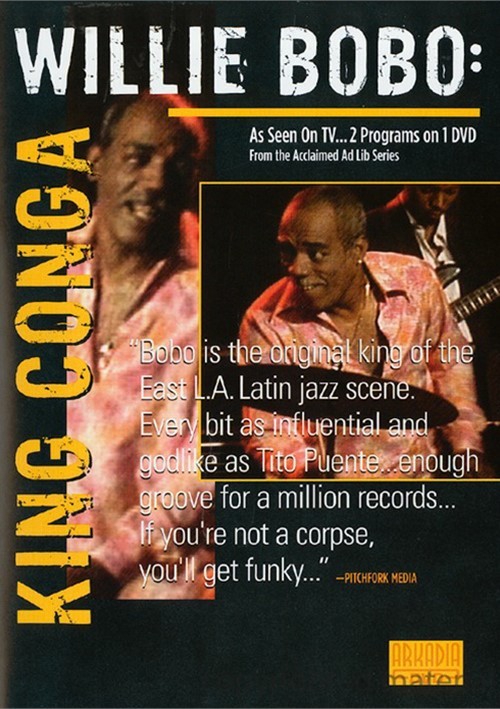 Raised in NYC's Spanish Harlem neighborhood, William "Bobo" Correa (1934-1983) was one of the premiere Jazz & Latin percussionists of the 1960s and '70s, most recognized for playing Afro-Cuban Jazz. Correa joined Tito Puente's band at the age of 19, where he was supposedly given his stage name, Willie Bobo, by piano virtuoso Mary Lou Williams after seeing him perform.

Bobo played as a sideman for Dizzy Gillespie, but was given his first mainstream exposure after playing on the George Shearing album The Shearing Spell. He later joined Cal Tjader's Modern Mambo Quintet during the peak of the 1950s Mambo craze, before finally assembling his own group. After relocating to Los Angeles in the 1970s, Bobo worked with Latin Rock icon Carlos Santana, as well as for Bill Cosby on his variety show Cos/

The Ad Lib Series is a collection of 46 concert TV programs presenting the best Jazz, Pop and Blues artists showcasing their skills will a Jazz flair. Seen on TV internationally, Ad Lib (filmed in 1980) was the first musical television series recorded in Stereo.

Willie Bobo's life was cut tragically short, depriving the world of years of music from one of the most influential infusers of Latin, Jazz, Rock and Popular music. Bobo described his unique blend of musical styles as "the sound a Latin cat in Harlem world dig." However, Bobo's artistry not only affected and contributed to the evolution of music, but left a legacy that reaches far beyond his home neighborhood.

- A Snort of Green