Tanya Maria: The Beat Of Brazil 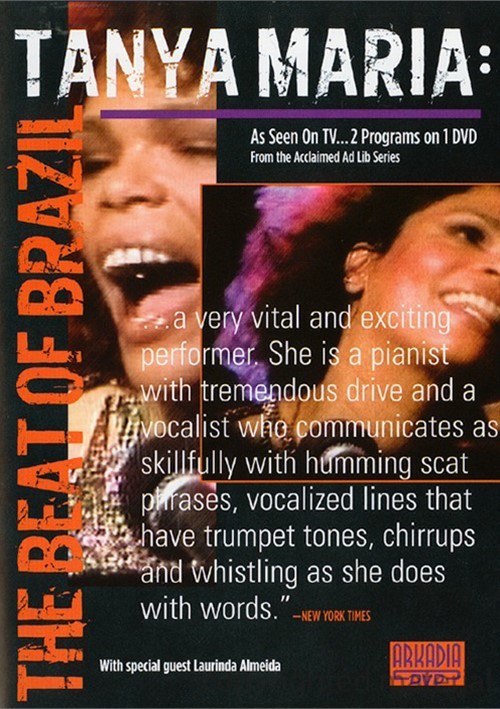 Tanya Maria: The Beat Of Brazil

Grammy nominated songstress Tanya Maria has released critically acclaimed albums and dazzled audiences in every corner of the globe. Her impressive live act showcases the full spectrum of her unique amalgamation of genres; all while remaining distinctly and proudly Brazilian. Since her early days, Tanya Maria's sensual low tones, tenacious stage performances, and percussive piano style have made her one of the true originals of not only Brazilian sound, but of Music the world over.

The Ad Lib Series is a collection of 46 concerts TV programs presenting the best Jazz, pop and Blues artists showcasing their skills with a Jazz flair. Seen on TV internationally, Ad Lib (filmed in 1980) was the first musical television series recorded Stereo.

Born in Brazil and surrounded by music as a child, Tanya Maria was first taught to play piano so that she could participate in her family's weekend jam sessions. As the fiercely independent singer, composer, pianist, and band leader grew, she found unique ways to intersperse her native Brazilian music and rhythms with Latin syncopation and the extemporaneous disposition of American Jazz. Arkadia DVD is proud to add Tanya Maria and her distinguished and original sound to its growing catalog of DVDs.

Reviews for "Tanya Maria: The Beat Of Brazi"