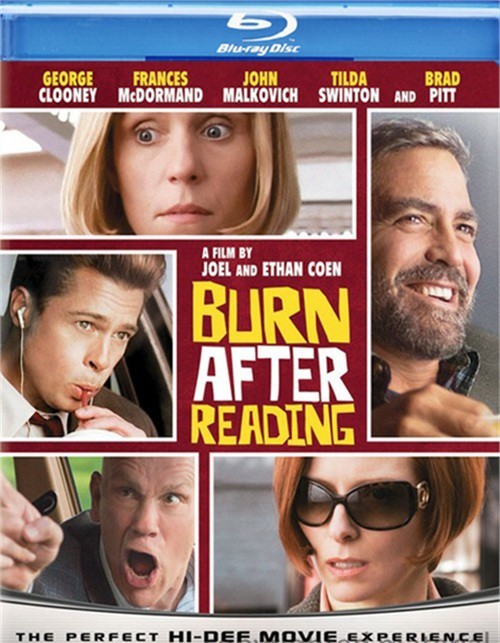 When a disc filled with some of the CIA's most irrelevant secrets gets in the hands of two determined, but dim-witted, gym employees, the duo are intent on exploiting their find. But since blackmail is a trade better left for the experts, events soon spiral out of everyone's and anyone's control, resulting in a non-stop series of hilarious encounters!

From Joel and Ethan Coen, the Academy AwardÂ®-winning directors of No Country For Old Men and The Big Lebowski, comes this brilliantly clever and endlessly entertaining movie that critics are calling, "smart, funny, and original" (Ben Lyons, E!).

Finding The Burn: The Making Of
- DC Insiders Run Amuck: An all-star cast creates the world of Washington, DC, insiders all trying to get ahead or find true love.
- Welcome Back, George: This comedy piece features Mr. Clooney as he returns for his third collaboration with Ethan and Joel.
Blu-ray Live Enabled

Reviews for "Burn After Reading"