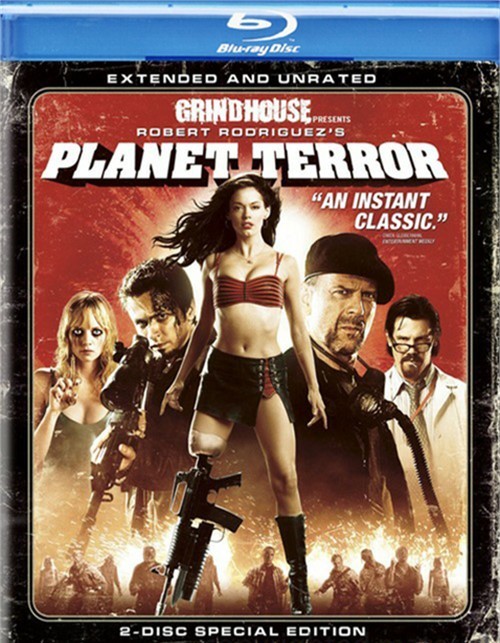 Director Robert Rodriguez (Sin City) is back with a rip-roaring, zombie-infested rollercoaster of a movie that "sure as hell keeps you hanging on for the ride" (Peter Travers, Rolling Stone). Rose McGowan, Freddy Rodriguez, Bruce Willis, and an all-star cast fight for their lives in the ultimate showdown between an army of flash-eating mutants and a motley group of rag-tag survivors. Featuring one of the most memorable screen heroines ever and the now legendary mock Machete trailer, "Planet Terror is a total blast - funny, gloriously gory and over the top" (Christy Lemire, Associated Press).