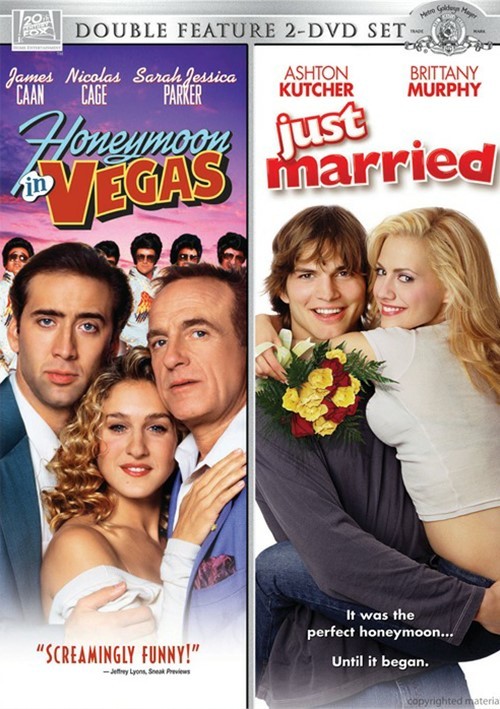 James Caan (The Godfather), Nicolas Cage (Face/Off) and Sarah Jessica Parker (TV's Sex in the City) are three sides of a deliriously funny triangle in this "refreshing blast of comic lunacy" (WCBS-TV) that gambles with an offbeat premise, and hits the jackpot with big laughs!

Jack Singer (Cage) is terrified of commitment... but even more terrified of losing his beautiful schoolteacher fiancee Betsy (Parker). So as an act of faith, he takes the plunge and agrees to tie the knot in a quickie Vegas ceremony. But when he makes a bad $60,000 bet with mobster Tommy Korman (Caan), the marriage "knot" - and all of Jack's dreams - start unraveling fast. The only way that Korman will forgive the debt, he says, is if Jack will loan him Betsy for the rest of the weekend! It's yet another sucker bet for Jack though - because Korman plans to win Betsy away for good!

Ashton Kutcher and Brittany Murphy take the cake in this outrageous hit comedy!

Sarah (Murphy) is a happy-go-lucky rich girl whose meddling family is as snobbish as it is wealthy. Tom (Kutcher) is a hope-I-get-lucky party guy who prefers sports bars over fancy cars. But opposites attract sidesplitting fun when these two young newlyweds embark on their perfectly-planned European honeymoon with disastrous - and hilarious results!

Honeymoon In Vegas
Features Not Specified