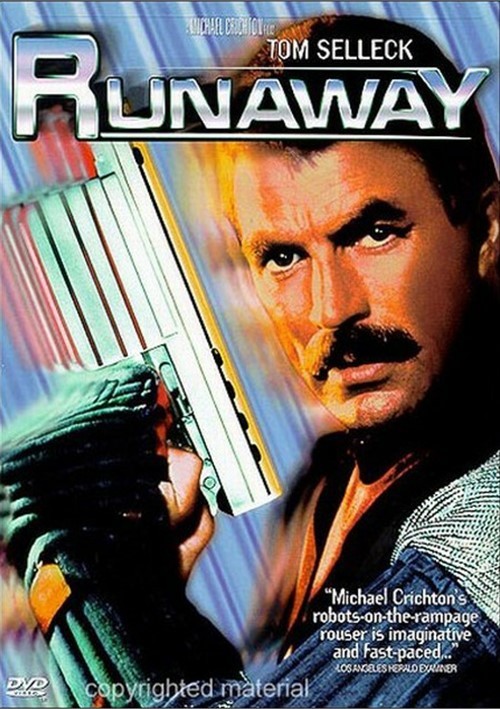 From the creator of Jurassic Park and Sphere comes another spine-tingling sci-fi action thriller. It is the future. A sinister plot is turning helpful robots into assassins, and a cop is caught in a deadly showdown with the madman controlling the killer machines.

They were crafted for the purpose of serving man. But now, guided by an evil f-rce, they're committing murder in this fast-paced, futuristic action-adventure. Tom Selleck stars as Jack Ramsay, a sergeant in the Runaway Squad - a security f-rce dedicated to the termination of defective or "Runaway" robots. Ramsay and his assistant Thompson (Cynthia Rhodes) are called in when two electronic engineers meet violent deaths. They discover a link between the murders and the development of a terrifying new weapon by an evil mastermind. Ramsay and Thompson are attacked by murderous robots as they close in on the brilliant and insane electronics genius behind it all, Charles Luther (Gene Simmons). Then the deadly chase begins in this taut, high-tech thriller.