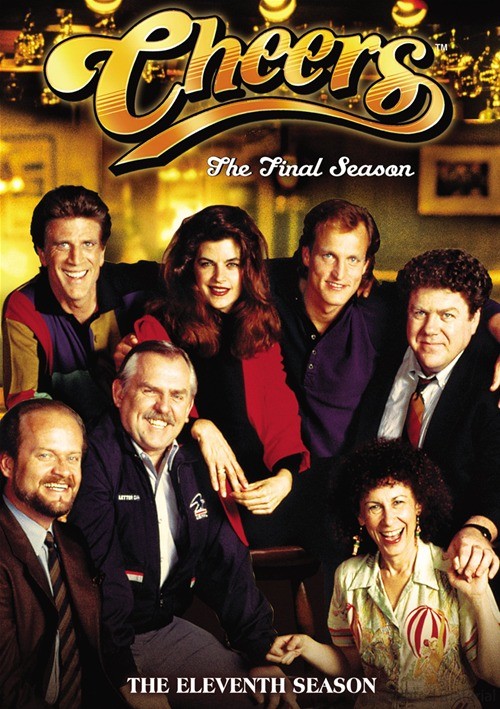 It's the cozy little Boston bar where everybody knows your name... raise a glass to Cheers - the Emmy Award-winning smash-hit television series that kept the laughs uncorked for 11 seasons. In Cheers: The Final Season, it's finally last call, as the milestone comedy ends its historic run with Sam (Ted Danson) rebuilding the bar after Rebecca (Kirstie Alley) sets it on fire. Meanwhile, Norm (George Wendt) gets audited, Cliff (John Ratzenberger) gets promoted, and Lillith leaves Frasier (Kelsey Grammer) in order to live in a biosphere. And as Woody (Woody Harrelson) runs for city council and Carla (Rhea Perlman) sees her daughter get married, Sam invites Diane Chambers back to Boston, then pretends he's married to Rebecca! The uproarious sitcom goes out with a bang, with a 28-episode set. A toast to Cheers... and many happy returns!

Reviews for "Cheers: The Final Season"