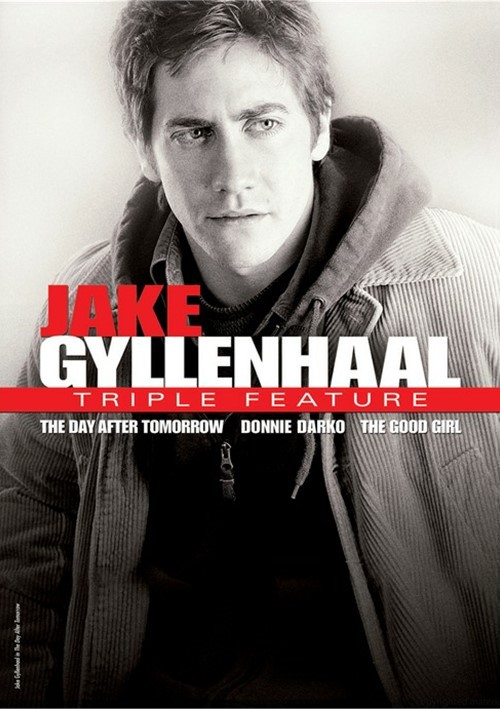 When global warming triggers a never-before-seen torrent of natural disasters - including tornadoes in Los Angeles, basketball-sized hail in Tokyo and a massive storm surge in New York, scientists fear the onset of a new Ice Age. Dennis Quaid stars as a climatologist out to warn the world... and save his son (Jake Gyllenhaal) from the big freeze in this fast-paced and thrilling disaster epic!

Jake Gyllenhaal stars in this riveting psychological thriller about Donnie Darko, a sl--pwalking teenager who receives cryptic and frightening predictions of the future from a gigantic rabbit named Frank. But when Frank delivers the exact date and time of the world's end, Donnie must unravel the mystery behind the bizarre warning to prevent the destruction of everything - and everyone - he loves.

"Jennifer Aniston is better than 'good'... she's great" (Access Hollywood) in this critically acclaimed comedy about a genuine, down-to-earth good girl (Aniston) whose humdrum existence gets an injection of excitement when a passionate young coworker (Jake Gyllenhaal) takes it upon himself to fill her life with all that she's been missing: love, laughter... and larceny!