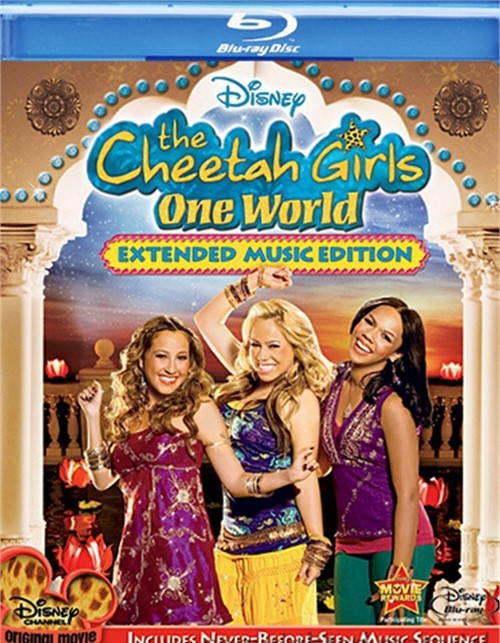 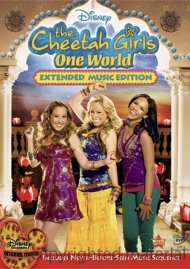 The Cheetah Girls are headed to Bollywood! They've rocked the U.S., taken Spain by storm, and now they're off to India in the hit Disney Channel Original Movie The Cheetah Girls One World. And now you can experience their musical adventures on Blu-ray Disc with amazing sound and a Hi-Def picture that brings the dazzling colors of Bollywood to life like never before! Plus, the Extended Music Edition features an awesome never before seen musical sequence "Feels Like Love" and exclusive Cheetah-licious bonus!

When the stylin' Cheetah Girls get cast in a Bollywood musical, they're ready to show the world their totally cool dance move and movie-star potential. But when Chanel (Adrienne Bailon) Aqua (Kiely Williams) and Dorinda (Sabrina Bryan) find out they have to compete against each other for the starring role, their friendship - and the group - may be in serious trouble. Can they make their own dreams come true and still remain The Cheetah Girls?

Review "Cheetah Girls, The: One World "

Reviews for "Cheetah Girls, The: One World "