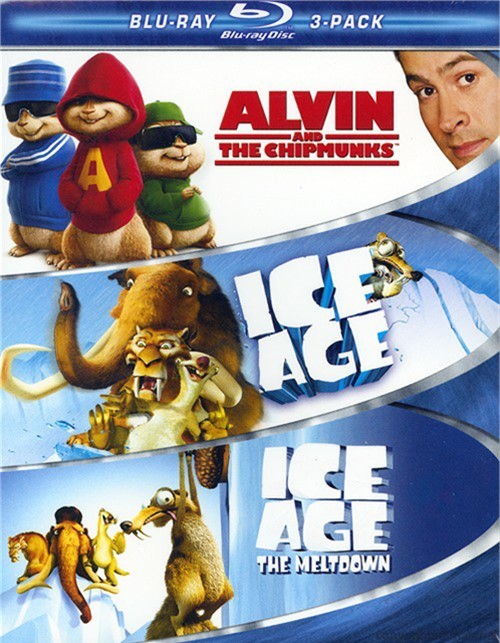 When struggling songwriter Dave Seville (Jason Lee) opens his home to a talented trio of chipmunks named Alvin, Simon and Theodore, they become overnight music sensations - and the target of a nutty record producer (David Cross) trying to cash in. It's a hilarious adventure filled toe-tapping tunes and fur-flying fun!

The action heats up - and so does the temperature - for Manny, Sid, Diego and Scrat. Trying to escape the valley to avoid a flood of trouble, the comical creatures embark on a hilarious journey across the thawing landscape and meet Ellie, a female woolly mammoth who melts Manny's heart.

With its all-star voice cast, including Ray Romano, John Leguizamo, Denis Leary and Queen Latifah, Ice Age The Meltdown is laugh-out-loud fun for the whole family!