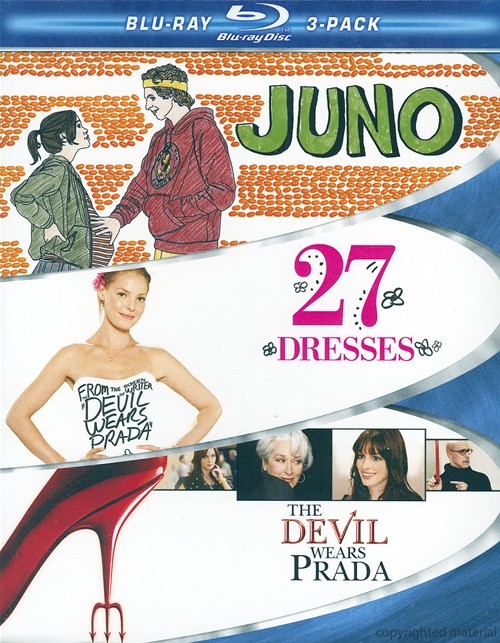 Based on the hilarious best-selling novel, this sinfully funny movie stars OscarÂ® winner Meryl Streep as fashion magazine editor Miranda Priestly. Anne Hathaway co-stars as Andy, the young woman who lands a job "to die for" as Miranda's assistant - a job that might, in fact, be the death of Andy!

Juno MacGuff (Ellen Page) is a cool, confident teenager who takes a nine-month detour into adulthood when she's faced with an unplanned pregnancy. With the help of her timid boyfriend (Michael Cera), and supportive family, Juno embarks on a hilarious and heartwarming quest to find the perfect parents for her baby.

Katherine Heigl stars as Jane, a selfless woman who's been a happy, helpful bridesmaid 27 times. But her own wedding seems to be nowhere in sight, until her younger sister Tess (Malin Akerman) captures the heart of Jane's boss (Edward Burns) - with whom she secretly in love - inspiring Jane to change her "always-a-bridesmaid" destiny.