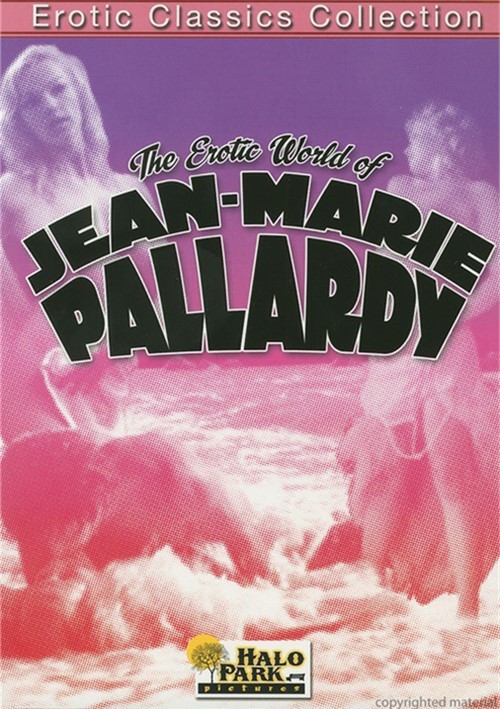 European superstar Olinka Hardiman plays Emmanuelle, a beautiful young actress stuck in a dead end job as a stripper in a sleazy night club. Desperate to make ends meet, her manager/boyfriend offers her services to the highest bidder. With nothing left but her exquisite looks and a strong will, she escapes to Cannes in search of a director who will make her an international film star.

Director Jean-Marie Pallardy stars as Jean-Paul, a French engineer whose beautiful and wealthy young wife (Beba Loncar) is unable to bear children. Desperate to start a family, they are advised to use an anonymous surrogate. Once Jean-Paul learns that the procedure has been a success however, his curiosity turns to obsession and after discovering the identity of the young woman who is carrying his unborn child (Willeke van Ammelrooy), he seeks her out and begins a passionate affair that leads to a shocking, unforgettable climax.

Writer/director Jean-Marie Pallardy stars as Paul Vernon, a famous Parisian fashion photographer who shoots (and scores) some of the world's most beautiful women. Though cavorting with his models is a nice job perk, he grows bored of the daily grind and arranges a photo spread in Bangkok to add even more variety to his already overflowing sex life. There he encounters and becomes obsessed with Emmanuele, (Silvia Castell) a seductive young Thai prostitute. Unfortunately, this new interest leads to jealousy on the pary of his stable of models - who'll do anything to get him back on the job - as well as trouble with the Thai mafia, who are not about to lose their spicy little meal ticket. This Euro-erotic Asian fashion fest also features Jess Franco and Jean Rollin staples Brigitte Lahaie, France Lomay, Marilyn Jess, Cathy Stewart, and Julia Perrin (Mayfair Girl of the Month for November, 1980).

Karin Schubert, legendary German beauty and cult film superstar (Dmytryk's Bluebeard, Boisset's L'Attentat, Emanuelle Around the World), stars as Yasmine, a beautiful young newlywed with a serious drug problem. Her low-life husband (Georges Gueret) uses this addiction to manipulate her, f-rcing her to smuggle narcotics for him and even sl--p with his gangster cronies to settle his drug debts. When Yasmine catches him in bed with another woman, she steals a large quantity of his heroin and goes on the run, with the smugglers in deadly pursuit.

A Nobel Prize winning scientist (Jacques Insermini), fed up with the moral restraints of modern society, "drops out" and creates an illegal sex commune deep in a wooded countryside. When his son (Jean-Marie Pallardy), learns of his father's orgiastic exploits, he travels to the camp to try and convince him to return to his former life. Meanwhile, rumors of the hedonistic paradise reach the local authorities who send in a pair of undercover police officers (Willeke Van Ammelrooy and Jean Luisi), to infiltrate the commune and bring those responsible to justice. Featuring a bevy of beautiful babes and an un-billed cameo by adult superstar John Holmes, these erotic daughters are not to be missed!