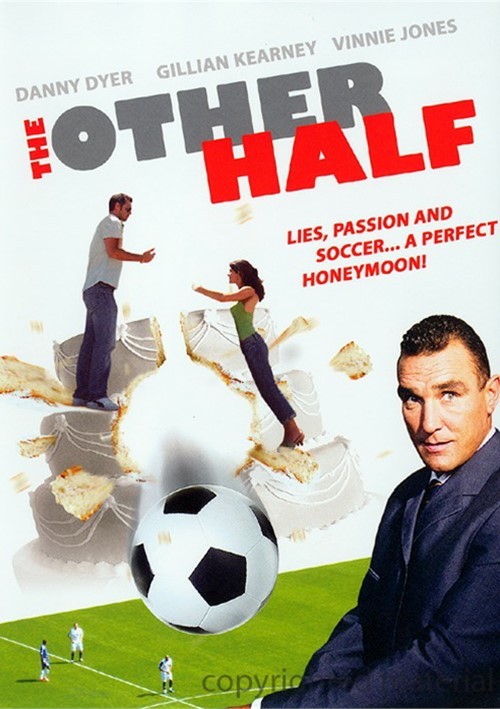 Newlywed Mark (Danny Dyer - Outlaw, The Trench) can hardly wait to support England in the European Soccer Championship series. With his tickets, jersey and beer in hand, the only thing standing between him and all-night, soccer-drunk hooligan parties is his honeymoon.

Afraid that his new American wife Holly (Gillian Kearney - The Lives of the Saints, Shameless) will never allow him to attend the games, Mark thrills her when he announces that their honeymoon destination is romantic Portugal... which coincidentally, of course, happens to be the country hosting the tournament.

When Holly becomes suspicious of the throngs of England fans present everywhere they go, Mark must play innocent - while somehow weaseling his way into the stadiums in time for kickoff. After all, what kind of man would lie to his wife just to see a soccer game?

- Behind-the-Scenes of The Other Half
- Deleted Scene

Review "Other Half, The"

Reviews for "Other Half, The"