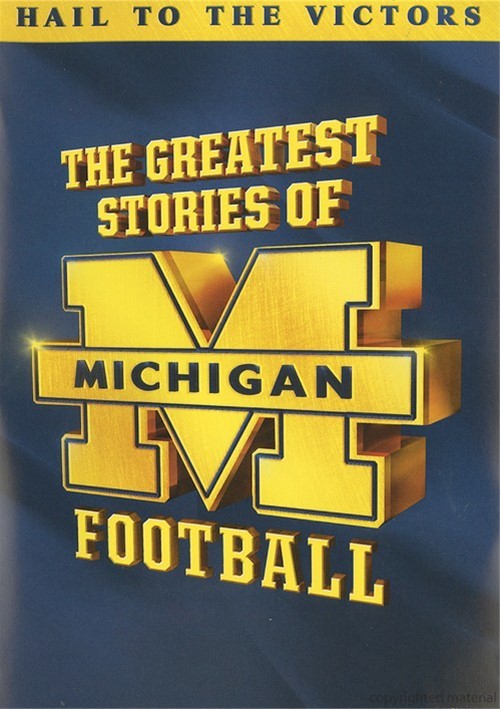 Since 1879 the University of Michigan football program has developed a reputation of excellence largely unmatched by any other university. Boasting more wins and the highest winning percentage in Division 1-A college football history, it's hard to argue. Celebrate this fine tradition with an unprecedented look at the moments and the men that have shaped the Wolverines into the powerhouse program they are today.

Get the inside story on Bo Schembechler's 10 year war with Woody Hayes and the hard-hitting games with Ohio State that defined the most heated rivalry in sports. Witness what it's like to play in the Big House, and meet the man who brought it to life, Fielding Yost. Relive the great national championship seasons, including the 1997 undefeated Wolverines magical run to their first title in almost 50 years, and watch the best individual performances from Michigan's football legends including Howard and Tom Harmon. Finally, walk the sideline with new head coach Rich Rodriguez for an insider's look at the future of Michigan Football.

Reviews for "History Of Michigan Football"