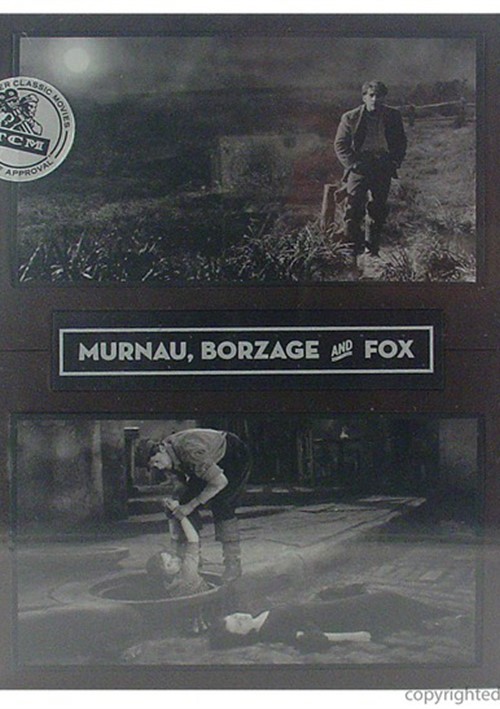 Films From An Era Of Artistic Genius

When William Fox brought German Expressionist F.W. Murnau to Fox, a period of artistic freedom and experimentation began. Murnau's techniques were studied by Fox's roster of directors, including John Ford, Raoul Walsh and most notably, Frank Borzage. This collection celebrates the legacy of remarkable movies made for Fox by the two most important directors of their time.

Sunrise1927 (Movietone version and European silent version) Winner of the first and only Academy Award for Unique and Artistic Picture, legendary German filmmaker F.W. Murnau's first American feature is considered by many, "one of the greatest silent films ever made" (L.A. City Beat).

City Girl1930 Murnau's third and final film at Fox. A farm boy comes home married to a city gal while his father does everything he can to end the marriage.

Lucky Star1929 The incomparable and "uncanny skill of Borzage, and the marvelous appeal of the Gaynor-Farrell combination" (Film Daily) make this sentimental love story a "timeless" (New Yorker) classic.

They Had To See Paris1929 Will Rogers "gets all the laughs" (Variety) in his "first talking picture" (The New York Times) about an all-American guy who strikes it rich and reluctantly heads to Paris to marry off his daughter to a noblesman.

Song O' My Heart1930 (Full sound version, and music and effects version) In this "flawlessly" (The New York Times) recorded feature loosely based on his own life, "John McCormack's famous tenor voice is reproduced so naturally and so pleasingly" (Film Daily).

Liliom1930 This gorgeously mounted story - later remade as the musical Carousel - follows Liliom, a poor, but cocky man who turns to thieving to support his new family. But when a holdup turns disastrous and Liliom loses his life, he is allowed to return to Earth years later in an attempt to set things right.

Bad Girl1931 In this Winner of two Oscars (Best Director for Borzage and Best Writing/Adaptation) - a touching drama set during the depression - a poor young couple must marry when she becomes pregnant.

After Tomorrow1932 No matter now responsible they are, a young couple's pending marriage plans are destroyed by their self-serving families.

Young America1932 In this compelling film starring Spencer Tracy, two teenage boys break the law to try to help one of the boy's grandmothers.