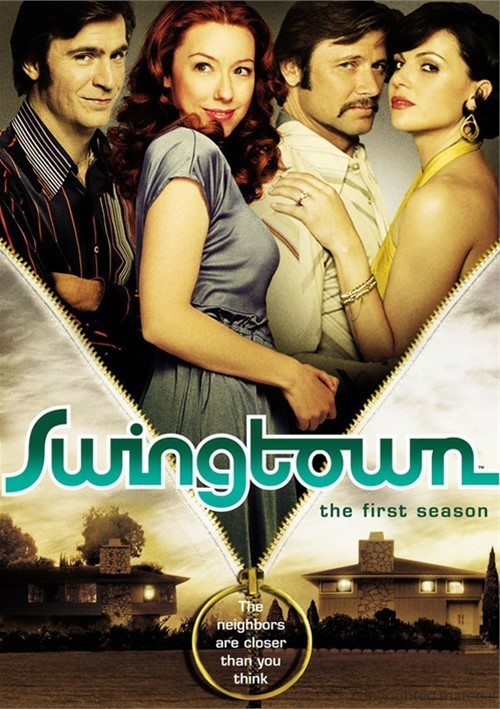 The neighbors are closer than you think

Set in an affluent Chicago suburb in the summer of 1976, Swingtown launches viewers back to a time when sexual experimentation, freedom of expression, and women's liberation had just begun to trickle down to the American suburbs. When Susan (Molly Parker, Deadwood) and Bruce Miller (Jack Davenport, Pirates Of The Caribbean) move their family to a lakeside estate, they find themselves intrigued by the open marriage of their alluring and sophisticated new neighbors, Tom (Grant Show, Melrose Place) and Trina Decker (Lana Parrilla). What follows is an unexpected and eye-opening summer filled with disco clubs, key parties, and neighborhood intrigue. But an unconventional and intimate connections are forged, insecurity begins to chip away at the foundation of Bruce and Susan's marriage, as well as their longstanding friendship with conservative couple Roger (Josh Hopkins) and Janet Thompson (Miriam Shor). Featuring a high energy, period-perfect soundtrack alongside a rich and moving score, Swingtown is a provocative exploration of love and trust, as two generations of friends and neighbors seek out their better selves during America's most culturally transformative decade.

- Love Will Find A Way

- Go Your Own Way

- Take It To The Limit

- The Spirit of '76: The Making of Swingtown
- Have a Nice Revolution: Sex & Morality in 1970's America
- Audio Commentaries
- Gag Reel
- Deleted Scenes

Reviews for "Swingtown: The First Season"