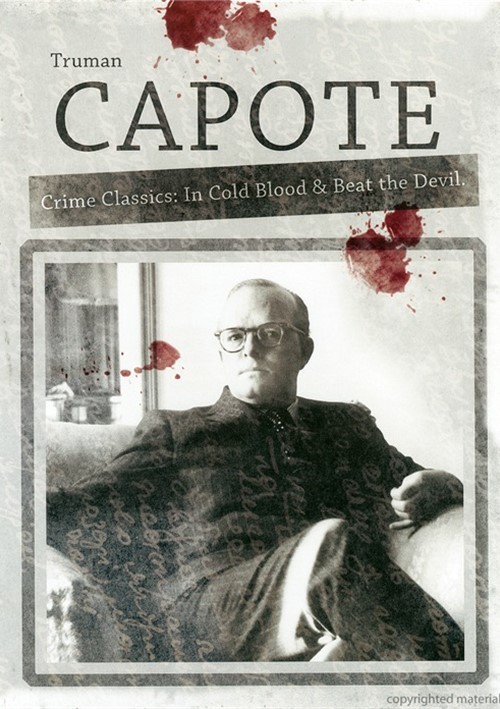 On a November night in 1959, in a more innocent America, the brutal, meaningless slaying of a midwestern family horrified the nation. Dick Hickock (Anythony Edwards) and Perry Smith (Eric Roberts) broke into the Hocomb, Kansas, house of Herb Clutter, and enraged at finding no valuables, woke the sl--ping family and killed them all. This film is based on Truman Capote's hauntingly detailed, psychologically penetrating nonfiction novel.

Written by famed author Truman Capote, Beat The Devil - a witty and well-plotted classic caper spoof - is centered on a group of four crooks (Humphrey Bogart, Robert Morley, Peter Lorre, and Gina Lollobrigida), who travel to Africa under the guise of selling vacuum cleaners. Planning to get rich off uranium by smuggling it out of East Africa, string of misadventures and double crosses have them facing death by firing squad, unless they can devise a scheme to Beat The Devil.