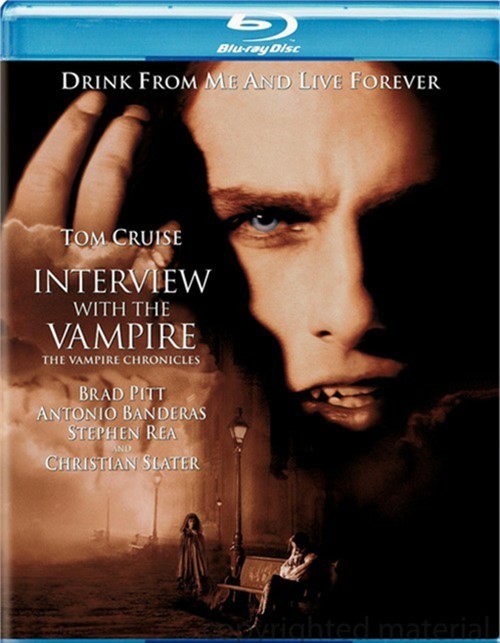 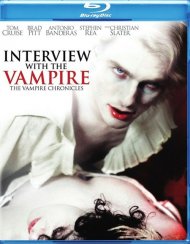 The undead are among us and livelier than ever when Tom Cruise, Brad Pitt and a talented group of young-bloods star in Interview with the Vampire, the spellbinding screen adaptation of Anne Rice's best seller.

Cruise stylishly plays the supremely evil and charismatic vampire Lestat. Pitt is Louis, lured by Lestat into the immortality of the damned, then tormented by an unalterable fact of vampire life: to survive, he must kill. Stephen Rea, Antonio Banderas, Christian Slater and newcomer Kirsten Dunst also star. One lifetime alone offers plenty of opportunities for the savage revelries of the night. Imagine what an eternity can bring. ally directed by Neil Jordan , Interview with the Vampire offers enough thrills, shocks and fiendish fun to last a lifetime...and beyond.

Commentary By Director Neil Jordan
Documentary In The Shadows Of The Vampire
Introduction By Anne Rice, Neil Jordan And Antonio Banderas
Theatrical Trailer

Review "Interview With The Vampire"

Reviews for "Interview With The Vampire"