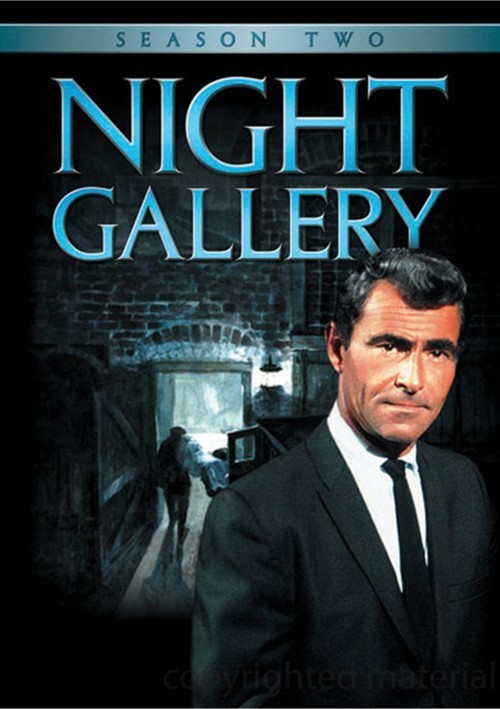 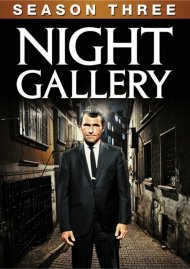 Prepare for the unexpected as Season Two of Night Gallery comes to DVD! This 5-disc DVD set contains 61 stories, created and hosted by the master of mystery: The Twilight Zone's Rod Serling. With guest performances by Hollywood legends that reads like a roster of Who's Who in Hollywood, you'll be sure to see sights to amaze! Featuring audio commentaries, behind-the-scenes featurettes, and a gallery presentation of the paintings from the series, this collector's set is the classic anthology of timeless, spine-tingling entertainment you don't dare to miss!

Included within are 22 episodes from Season 2, but having disappeared into the dark wings of the Night Gallery are portions of the episode "Satisfaction Guaranteed", and the lost story "Witches Feast" where they lie waiting to be re-discovered.

Episode 1: The Boy Who Predicted Earthquakes - Miss Lovecraft Sent Me - The Hand of Borgus Weems - Phantom of What Opera?

Episode 2: A Death in the Family - The Merciful - Class of '99 - Satisfaction Guaranteed

Episode 3: Since Aunt Ada Came to Stay - With Apologies to Mr. Hyde - The Flip-Side of Satan

Episode 4: A Fear of Spiders - Junior - Marmalade Wine - The Academy

Episode 6: A Question of Fear - The Devil Is Not Mocked

Episode 10: The Dark Boy - Keep in Touch, We'll Think of Something

Episode 11: Pickman's Model - The Dear Departed - An Act of Chivalry

Episode 13: The Messiah on Mott Street - The Painted Mirror

Episode 15: Green Fingers - The Funeral - The Tune in Dan's Cafe

Episode 17: The Miracle of Camafeo - The Ghost of Sorworth Place

Episode 18: The Waiting Room - Last Rites for a Dead Child

Episode 19: Deliveries in the Rear - Stop Killing Me - Dead Weight

Episode 20: I'll Never Leave You... Ever - There Aren't Any More MacBanes

Episode 21: The Sins of the Fathers - You Can't Get Help Like That Anymore

"Night Gallery (universal)" SeriesView All 3 Titles in the Series >