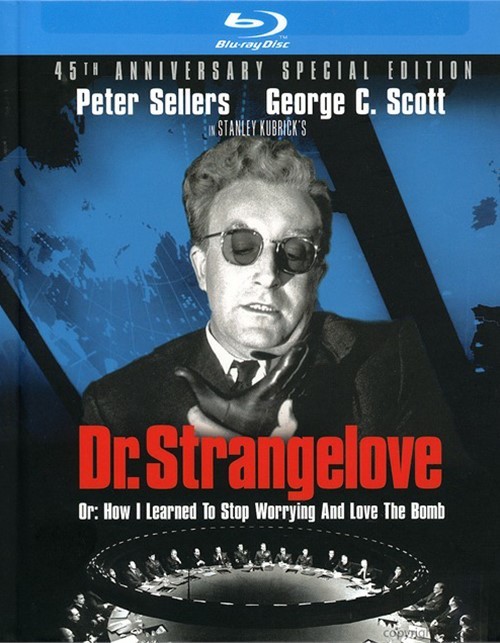 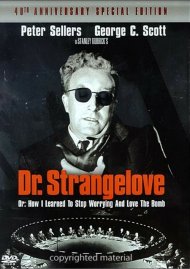 Dr. Strangelove is a brilliant bit of celluloid genius and a true classic in every sense of the word. Nominated for four Academy Awards including Best Picture (1964), Stanley Kubrick's black comedy about a group of paranoia-inspired, war-happy generals who manage to initiate an "accidental" nuclear apocalypse, is horribly frightening, delightfully funny and surprisingly relevant to this day.

Peter Sellers portrays a trio of men who attempt to avert this catastrophe: British Captain Lionel Mandrake, the only person with access to paranoid Gen. Ripper; U.S. President Muffley, whose best attempt at diverting this disaster depends on convincing a boozed-up Soviet Premier it's all a silly mistake; and the President's advisor, Dr. Strangelove, a demented ex-Nazi scientist. Can any one of them possibly save the world?