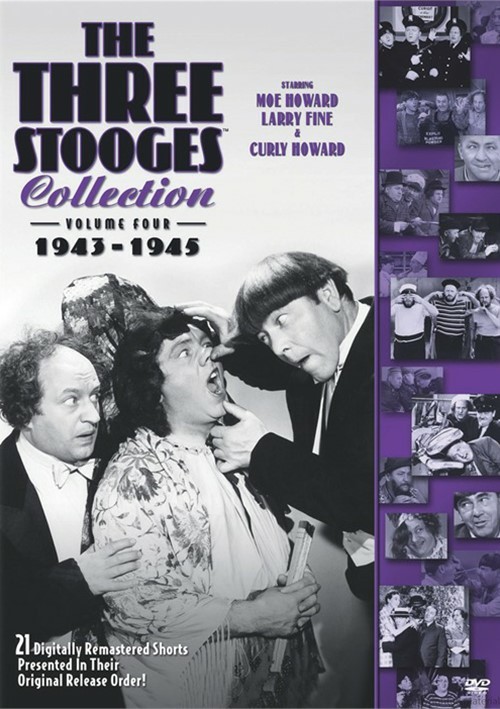 In this fourth chronological collection of The Three Stooges, we come to the final years of what has become regarded as the high point in their career - their Golden Age. These 21 digitally remastered shorts from the 1943-1945 era contain some of their best work, including the classic Micro-Phonies (1945), in which Curly turns in a brilliant performance as opera diva Senorita Cucaracha. Also included in this collection are two favorites that are so outrageous that television programmers are always hesitant about airing them: They Stooge to Conga (1943) features what is considered one of the most violent scenes ever filmed by the Three Stooges as The Yoke's on Me (1944) is what we today refer to as "politically incorrect" in its portrayal of Japanese soldiers.

The Three Stooges Collection Volume 4 is groundbreaking, hilarious and outrageous - classic entertainment from Larry, Moe and Curly at the height of their creativity. Don't miss out on the fun!

- They Stooge to Conga

- Back From the Front

- Higher Than a Kite

- I Can Hardly Wait

- Three Pests in a Mess

- If a Body Meets a Body