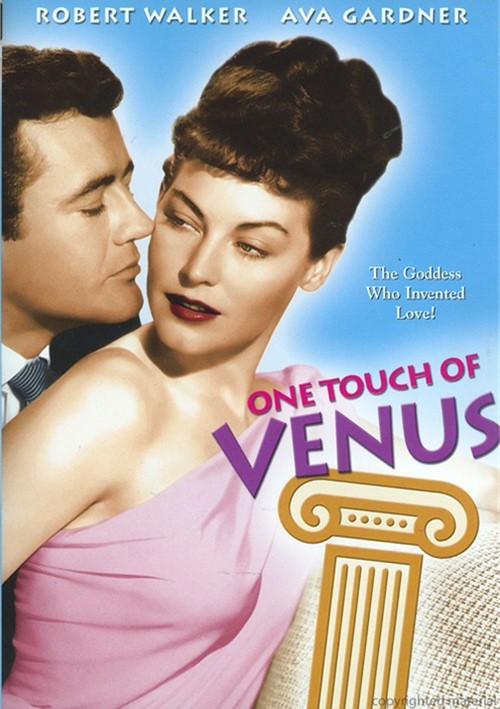 The Goddess Who Invented Love!

When a long-lost statue of Venus turns out to be the genuine article on an earthly assignment, a hapless department store clerk suddenly becomes the object of a furious employer, a jealous fiancee and one love-struck statue in this heavenly musical comedy of mistaken identity, based on the successful Broadway play. Starring screen goddess Academy Award nominee Ava Gardner and Robert Walker. A sparkling supporting cast including Eve Arden, Dick Haymes and Olga San Juan are put through their paces by a Kurt Weill score with lyrics by noted humorists S.J. Perelman and Ogden Nash.

Review "One Touch Of Venus"

Reviews for "One Touch Of Venus"