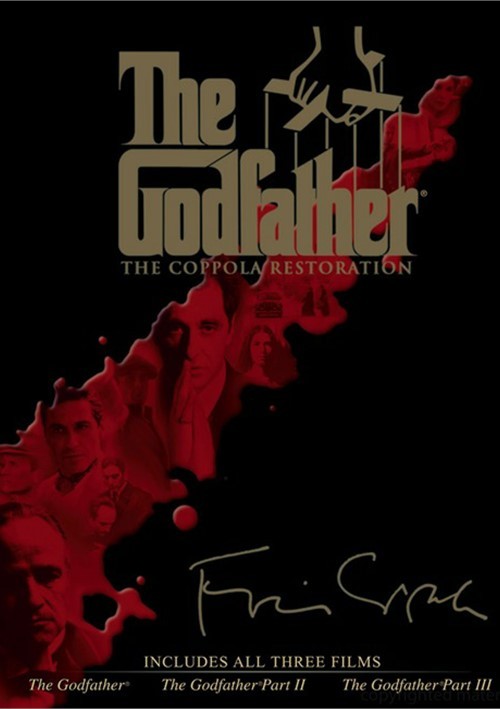 See this famously dark, staggeringly beautiful trilogy of films presented by the filmmaker as originally envisioned for the cinema.

The Godfather Trilogy is the benchmark for all cinematic storytelling. Francis Ford Coppola's masterful adaptation of Mario Puzo's novel chronicles the rise and fall of the Corleone family in this celebrated epic. Collectively nominated for a staggering twenty-eight Academy Awards, the films are the winner of nine, including two for Best Picture for The Godfather and The Godfather Part II.

Explore the phenomenal impact The Godfather films had on our culture, on other filmmakers, on the cinema, and - over 35 years later - the enduring legacy and influence Coppola's Godfather trilogy has generated, as the films are lovingly quoted and mercilessly parodied in contemporary media. Hear the unlikely tale of the masterpiece that almost never happened! Witness the fascinating meticulous restoration of The Godfather and The Godfather Part II. In addition to the 2001 DVD Bonus Materials and provocative director's commentaries, this Godfather release contains these all-new DVD supplements:

Review "Godfather Collection, The: The"

Reviews for "Godfather Collection, The: The"