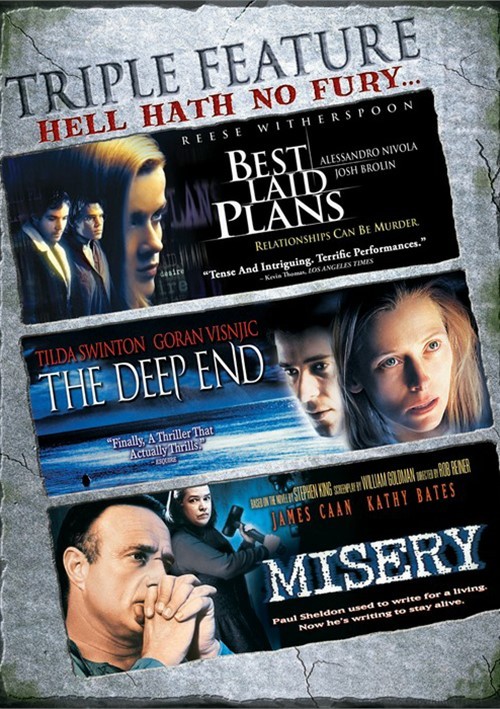 Welcome to Tropico, a gray little town smack dab in the middle of nowhere where nothing ever happens - until a botched robbery leaves Nick 48 hours to pay up or die. Desperate, Nick and his girlfriend Lissa (Reese Witherspoon) undertake drastic measures to get their hands on some fast cash.

Still waters run deadly in this gripping suspense thriller about the extraordinary depths to which seemingly ordinary people will sink in the name of love. Immersed in the tradition of Hitchcock's best twists and turns, The Deep End "holds its suspense to the very last drop" (The Toronto Star).

A "heart-stopping psychological thriller" (Joel Siegel), Misery is "one of the best horror movies" (Time) ever. Adapted from a Stephen King novel, this chiller is "a Hitchcockian kind of cat-and-mouse" (The New York Times) game played between two cunning minds - one as sharp as a tack and the other as blunt as a sledgehammer.