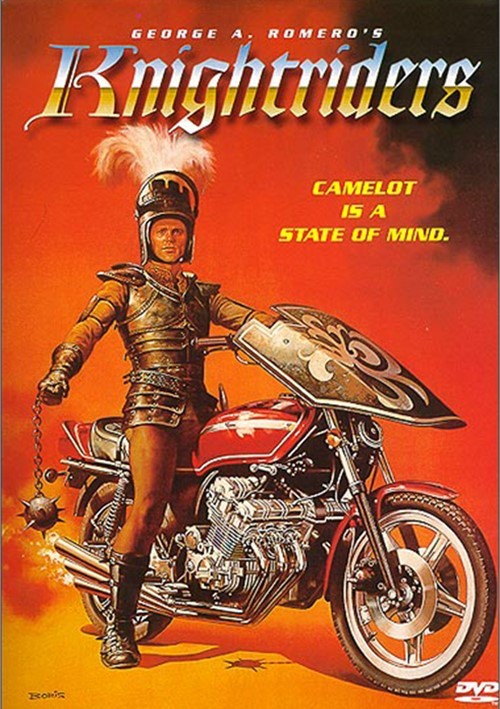 Camelot Is A State Of Mind.

Knightriders is the story of a troupe of motorcyclists who are members of a traveling Renaissance Faire. They move from town to town staging full medieval jousting tournaments with combatants in suits of armor, wielding lances, battle-axes, maces and broadswords. The spectacle of this magnificent pageant soon garners national attention much to the dismay of the current king of this Camelot.

A conflict arises as they try to maintain their fairy tale existence in a world wrought with corruption. Can they hold on to their Camelot state of mind? This is a finely crafted film written and directed by George A. Romero who brought us Night of the Living Dead and Creepshow and continues in his tradition of visual mastery here with Knightriders. Newsweek said of Romero's talents, "Romero's combination of wit and horror is the best since Hitchcock."