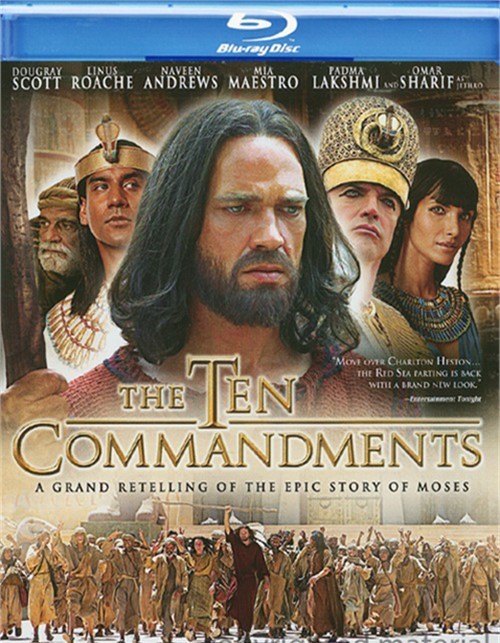 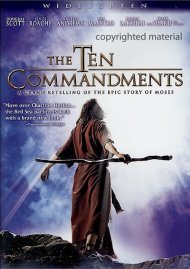 The Ten Commandments unfolds with all of the spectacle, violent human drama, and grand inspiration that have earned it its distinction as the greatest story ever told.

When an oracle prophesizes that a child will become Prince of Egypt, a time of danger approaches the kingdom. The Egyptian Pharaoh (Paul Rhys, From Hell) orders the massacre of all newborn males. But one child, Moses - the son of a Hebrew slave - escapes certain death when he is set adrift on the Nile. As years pass, he is raised in a royal Egyptian house and, with no memory of his family, rises to the stature of prince. Upon discovery of his true heritage, and inspired by a fiery message from God, Moses (Dougray Scott, Mission: Impossible II) embarks upon a noble and desperate fight to reclaim his destiny as the leader and liberator of the Hebrew people.

With a stellar cast that includes Mia Maestro (TV's Alias) and Golden GlobeÂ® winner Omar Sharif (Lawrence of Arabia), The Ten Commandments is unsurpassed in its vision - both intimate and grand.