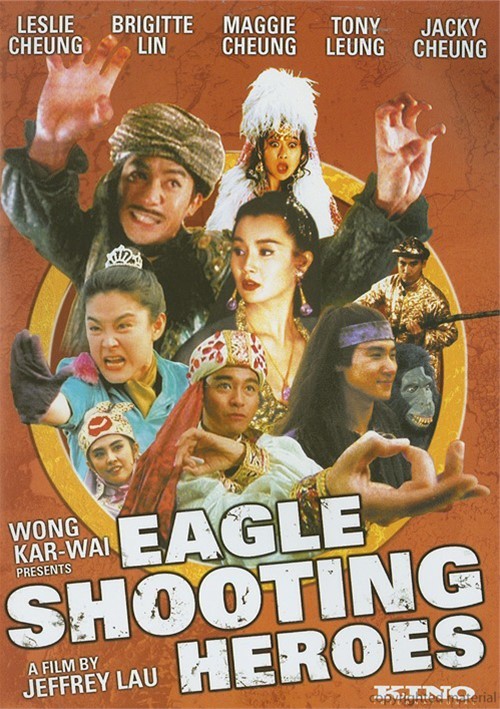 Loosely plotted, Eagle Shooting Heroes mixes court intrigue with the story of the plucky, martial arts challenged Third Princess, who runs a no holds barred race against two ruthless Taiwanese magicians to obtain both the Princess' imperial jade seal and the secret of a mystical book of combat. When things go wrong, Third Princess gathers an alliance of wacky characters with names like East, Evil, South Emperor and North Beggar to win her throne back. Any further sunopsis is futile, but a dinosaur and a gorilla do fit in the mix.