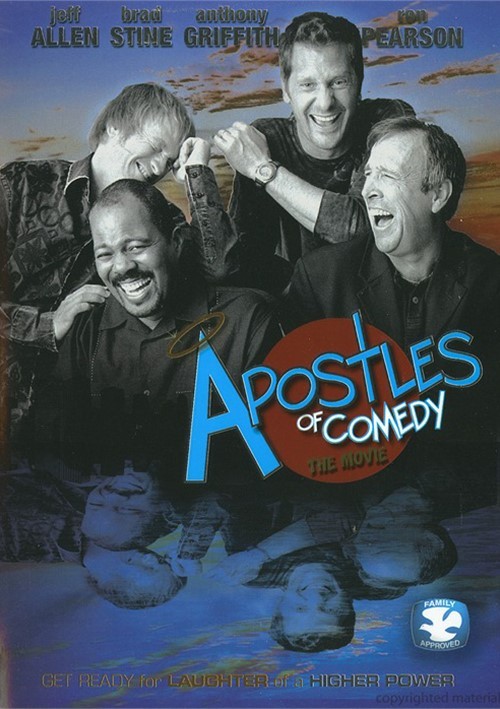 Get Ready for Laughter of a Higher Power

And God said, "Let there be light". He also said, "Let there be laughter", according to the Apostles of Comedy, Jeff Allen, Brad Stine, Ron Pearson and Anthony Griffith. Jeff Allen, seen on Showtime and Comedy Central, also authored "My Life as a Bystander". Brad Stine, know for edgy social commentary, has been featured on CNN, MTV and Evening at the Improv. Ron Pearson has appeared on That '70s Show and George Lopez. Emmy-Award winner Anthony Griffith is a regular on The Tonight Show, HBO and Comedy Central. In The Apostles of Comedy: The Movie~~, these four heaven-sent comedians are the new true counterculture of the comedy scene. Share their hopes and dreams, and laugh as these four funny men take you and your family on tour and into their lives.

Reviews for "Apostles Of Comedy"