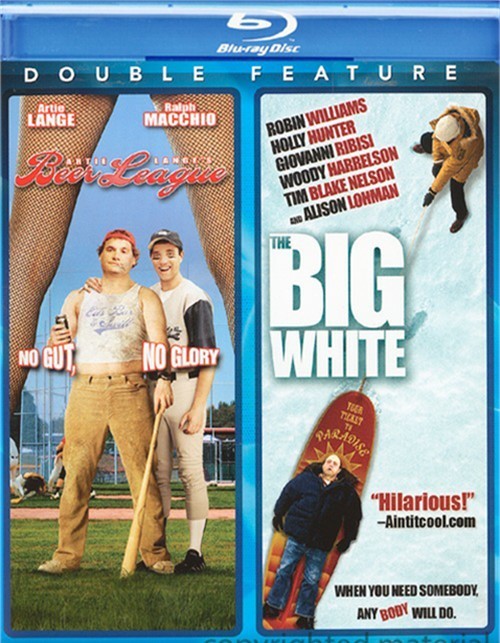 Beer, broads and softball combine with hilarious results in Artie Lange's Beer League, an over-the-top comedy about a group of misfits whose weekly softball games descend more into fights for macho dominance than making home runs. When love enters his life (Cara Buono), it unexpectedly alters Artie's low self-esteem; and the odds for winning - not only the league trophy but a new life - are considerably amped along with the comedy and chaos.

On the brink of bankruptcy, Alaska travel agent Paul Barnell (Robin Williams) cooks up a scheme to pass off a dead body as his long lost brother, Raymond (Woody Harrelson), to collect on his million dollar life insurance policy. But unfortunately, the overly ambitious insurance investigator (Giovanni Ribisi) isn't buying the scam, the hit men responsible for the body want it back - so they kidnap Paul's crazy but loveable Tourette's afflicted wife (Holly Hunter) - and, to top it off, Raymond shows up demanding a piece of the action. So much for easy money....

Behind The Scenes
Photo Gallery