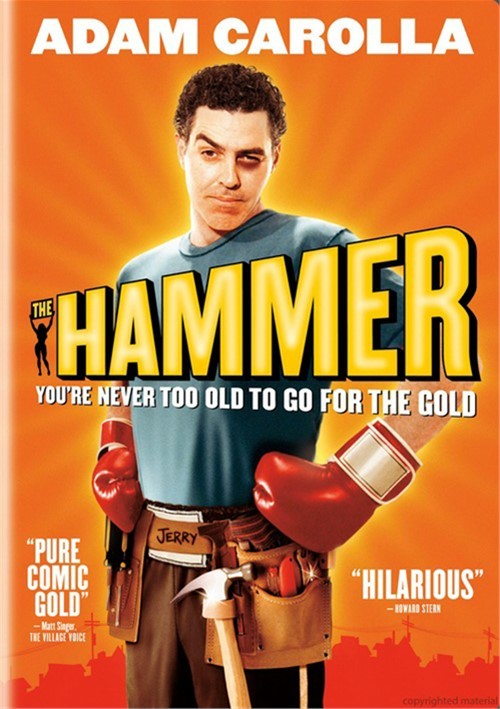 You're Never Too Old To Go For The Gold

TV and radio funnyman Adam Carolla (The Man Show, The Adam Carolla Show) steps into the ring for this hilariously entertaining sports comedy. Carolla, a real-life former Golden Gloves slugger, plays Jerry "The Hammer" Ferro, a 40-year-old boxing washout turned construction worker. When a top trainer spots Jerry's still-lethal left hook, he gets a surprise shot at glory in the U.S. Olympic trials. But will his smartass attitude get him thrown off the team? Co-starring Heather Juergensen (Kissing Jessica Stein) and Constance Zimmer (Entourage), The Hammer is "a terrific little film" (Richard Roeper, At the Movies with Ebert & Roeper).

Reviews for "Hammer, The"