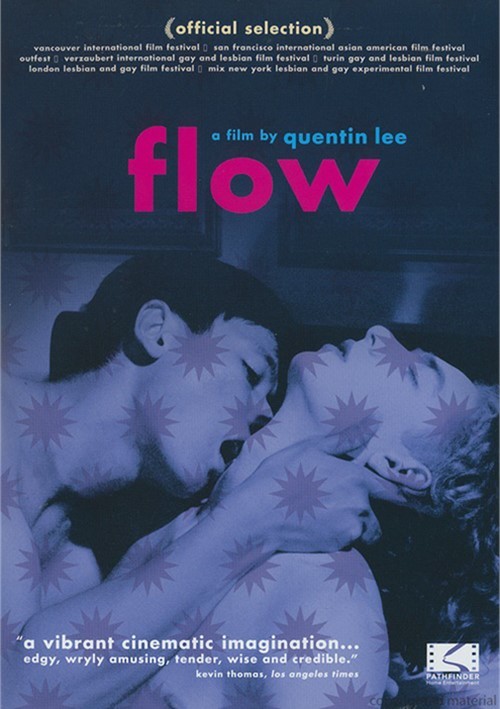 Fun and stylish, Flow is an experimental compilation of short stories including a postmodern slasher flick with a knife wielding drag queen, an impressionistic film noir about a young man who kills his mother on Christmas day, a surrealistic tale of a vampire couple, and the moving story of two freshmen's - one gay and the other straight - trials and tribulations in romance and relationships. Binding these shorts together is a witty mocumentary about the fictional filmmaker of these films, his struggle as an indie filmmaker and his love for rice and boys. As one critic says, Flow "evokes the spirit of new queer cinema." Flow embodies the highly praised and rarely seen early works of Quentin Lee.