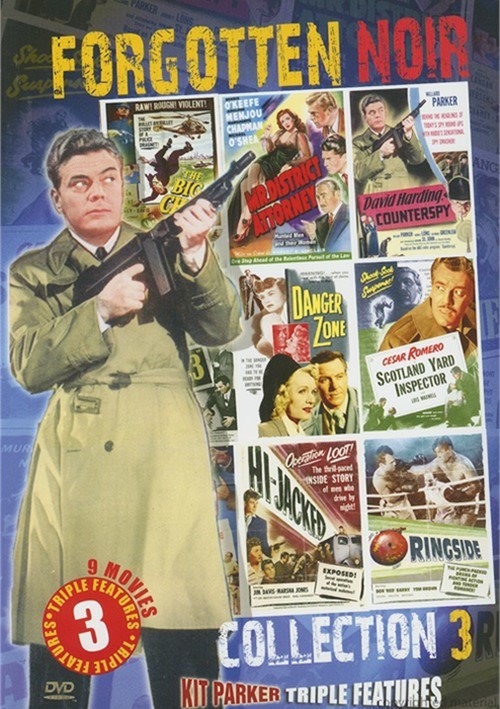 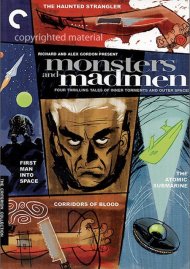 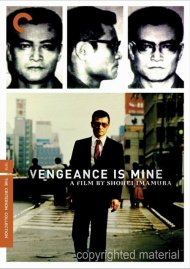 As his expectant wife (Adele Jergens) enters the hospital in anticipation of the blessed event, cop Glenn Langan is off to the races, trailing payroll robbers (including Jim Davis and Lon Chaney Jr.) on a mad chase that goes from cars to rowboats to motorboats to helicopter. The chase sequence, captured un all its bullet to bullet glory, comprises a third of the movie.

From Phillips H. Lord's popular NBC radio series comes an intriguing "legal film noir" filled with double crosses and unusual twists - starting in the opening reel when a woman is slain in her apartment by an escaped killer, and the paper prints that the alive and well girlfriend (Marguerite Chapman) of a local crime boss was the victim!

Parolee/truck driver Jim Davis now wants to stick to the straight and narrow, but find himself riding a highway to terror when his truck is hijacked and police suspect him because of his past record. The hijackers will stop at nothing to frame him - and even frame his wife! - unless fugitive Davis can deliver them to justice himself.

Middleweight boxer works his way up to a title fight, loses it and his eyesight when the champion seeing that his opponent is blind in one eye goes to work on the other one! His brother decides to avenge him by taking up boxing himself and...an eye for an eye?

Cesar Romero stars in this Hammer mystery as a Yank newspaperman in London who sets out to solve a murder, American style. The rest of the typically tangled plot includes assaults, a mysterious tape recording, a visit to an asylum and even a plot to steal an inventor's secrets!

Two more brushes with crime for ace private detective Dennis O'Brien (Hugh Beaumont). In the first, he gets mixed up with a crooked wrestling referee, an equally corrupt arena owner and murderous grappler Mike Mazuki. Next is a case involving a murdered cop and film noir's ultimate femme double=crosser, the unforgettable Ann Savage (Detour).

Case Of The Baby-Sitter

Jewel Thieves, operating in the guise of a Duke and Duchess, hire the Ace Detective Agency to "baby sit" the infant they are using as a blind for their thefts. A rival mob dopes the detective's dumb aide and make off with a valuable diamond.