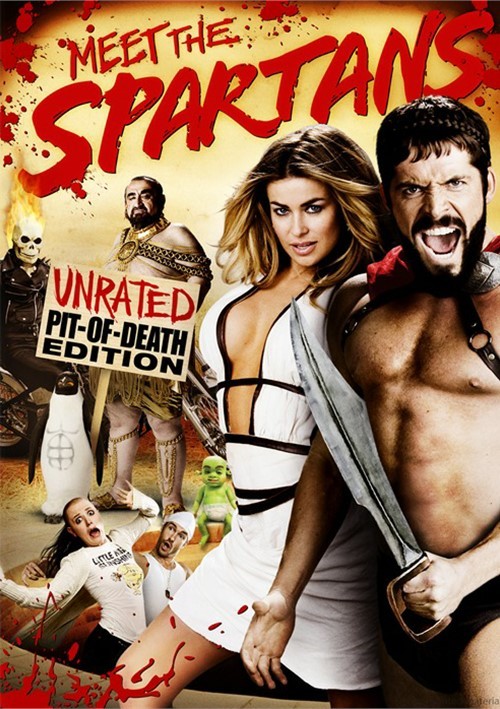 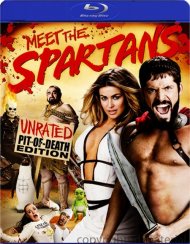 Prepare to fight... back tears of laughter watching this ferociously funny Unrated "Pit of Death" Special Edition of Meet The Spartans - with ruder, cruder, footage not shown in theaters and an army of hysterical, historical special features!

The battle begins when the heroic Leonidas, armed with nothing but leather underwear and a cape, leads a ragtag group of 13 - count 'em, 13! - warriors to defend their homeland against the invading Persians, whose ranks include Ghost Rider, Rocky Balboa, the Transformers, and a hunchbacked Paris Hilton!