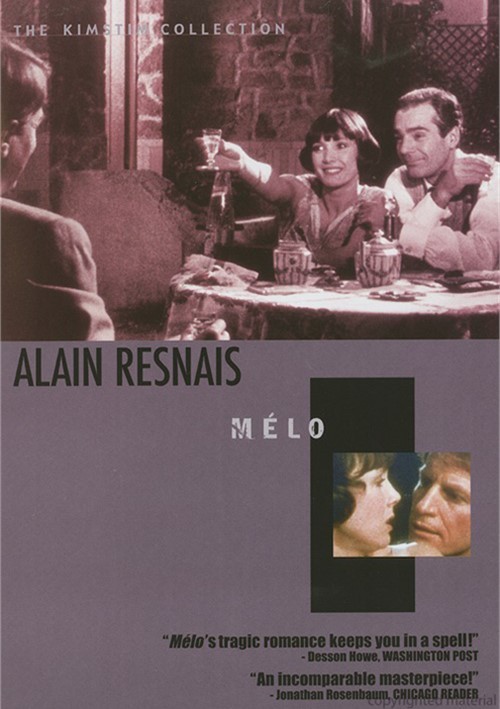 Alain Resnais, the legendary, daring, and acclaimed director of Night And Fog, Hiroshima, Mon Amour and Last Year At Marienbad, adds an offbeat entry into his stunning oeuvre with Melo, a loose adaptation of Henri Bernstein's celebrated 1929 play.

Resnais's first solo credit for screenplay in almost 40 years, Melo tells the story of Marcel (Andre Dussollier) and Pierre (Pierre Arditi), two lifelong friends who are also concert violinists. While Marcel has gone on to stardom, Pierre has steeled into a contented family life with his beautiful wife Romaine (Sabine Azema - A Sunday In The Country). But all is not perfect; Pierre is unaware that Romaine is having an affair with Marcel.

For Melo, Azema won the Cesar (France's Academy Award) as Best Actress, playing a woman so consumed by guilt, she eventually takes deadly measures to end her infidelity. Also featured in the film is renowned French Actress Fanny Ardant (8 Women, Elizabeth, The Woman Next Door).

Original Theatrical Trailer
Interview With Producer Main Karmitz On The Making Of The Film, And On Working With Director Alain Resnais