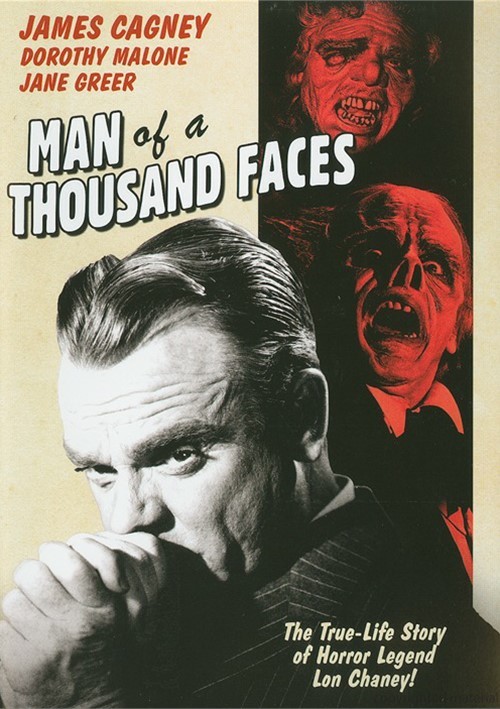 Academy Award winner James Chaney gives an unforgettable performance as Lon Chaney in this fascinating true story that follows the life of one of the most iconic and mysterious stars in Hollywood history!

Known as the "Man of a Thousand Faces", silent film star Lon Chaney captured the imaginations of the world through his incredibly expressive and transformative roles, such as Quasimodo in The Hunchback of Notre Dame and the Phantom from the original Phantom of the Opera. Behind the scenes, however, this long-suffering talented genius's life was filled with trials and tribulations that helped shape some of his most groundbreaking performances.

The Academy Award nominated Man of a Thousand Faces captures the dramatic private life of a humble vaudeville clown who rose to become one of the biggest stars the world has ever seen!

Review "Man Of A Thousand Faces"

Reviews for "Man Of A Thousand Faces"