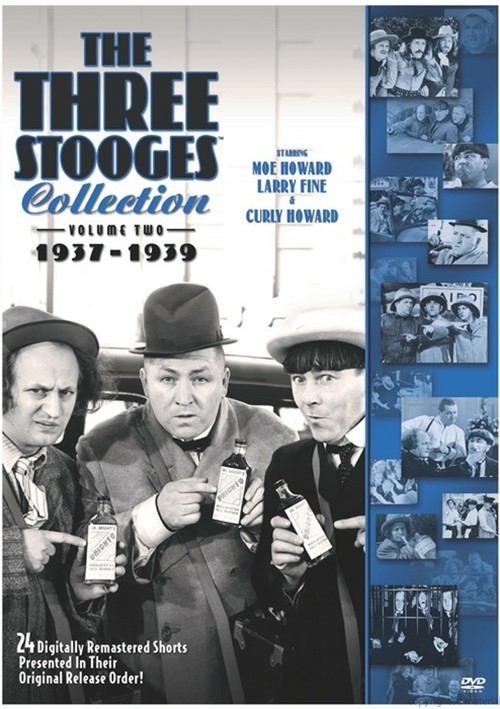 Get ready for more outrageous antics as The Three Stooges return in this second collection of chronological masterpieces. These 24 shorts, filmed from 1937-1939, are digitally remastered for the highest quality - every sight, gag and knuckle-cracking sound can be seen and heard with the utmost clarity for maximum effect. This period is considered to be when Larry, Moe and Curly hit their stride and perfected their craft, when all the elements came together perfectly: the writing, directing, pacing and performances. It's no wonder The Stooges made some of their best films during this period, proving laughter really is the best medicine in such classics as Dizzy Doctors, Saved By The Belle and Calling All Curs. And audiences agreed - at least most of them did. By now The Stooges were wildly popular and their personal appearances were mobbed, but there were some who thought they were too violent and who overanalyzed their eye-poking, pie-throwing behavior.

- Back to the Woods

- Tassels in the Air

- Violent is the Word for Curly

- We Want Our Mummy

- A Ducking They Did Go

- Yes, We Have No Bonanza

- Saved By The Belle

- Oily to Bed, Oily to Rise