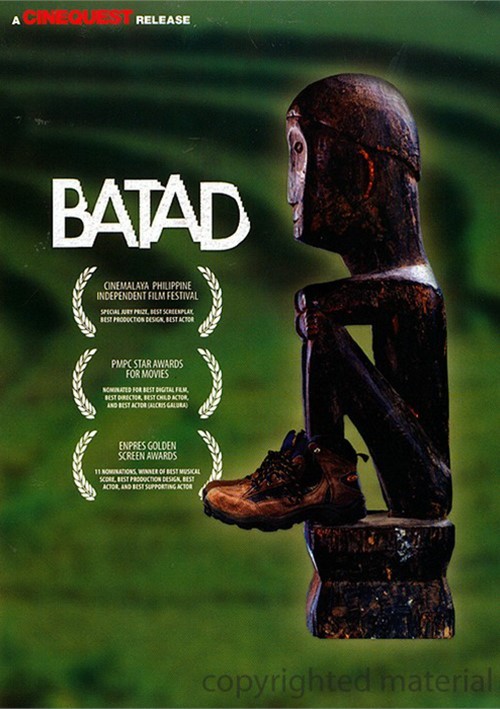 Award-winning Batad, is a fun, heartwarming and captivating story of a boy obsessed with owning a pair of everyday trekking boots. While his father fights to preserve the endangered rice terraces in the adjoining village, he labors in the city selling produce to support his family. Exposed to city life, the boy decides to escape his rural culture and win the heart of the girl he loves by proving he has the wherewithal to obtain a pair of trekking boots.

Batad won Best Screenplay at the Cinemalaya Philippine Independent Film Festival and Best Actor for Alcris Galura's magnificent portrayal of a boy who wants more from life than what his small village can offer. Batad takes us to a world far from our cosmopolitan lives and reminds us that material obsessions will never replace honor, loyalty and tradition.