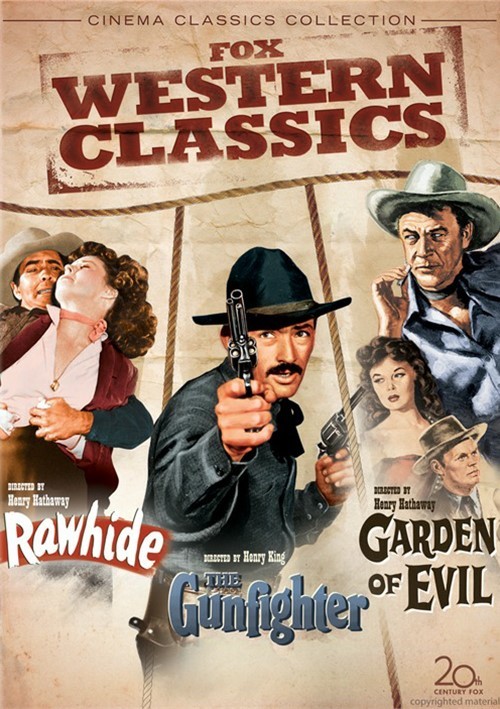 With its "resounding authenticity [and] great performances" (Los Angeles Times), The Gunfighter is a "terrific, hard-hitting [and] suspenseful" (Variety) western drama featuring a stirring portrayal from the legendary Gregory Peck as Jimmy Ringo! Though he was a notorious killer and the deadliest shot in the Old West, Ringo's appetite for bloodletting has waned. But he is f-rced to stay on the run by young gunners determined to shoot him down. Escaping his vengeful adversaries to the town of Cayenne, he hopes to convince his estranged wife (Helen Westcott) to resume their life together - and lay his past to rest for good.

This riveting thriller filled "with gripping action" (Daily Variety) stars the legendary Tyrone Power and Oscar Winner Susan Hayward! With a band of outlaws on the loose, stationmaster Sam Todd (Edgar Buchanan) and his tenderfoot underling Tom (Tyrone Power) f-rce bombshell Vinnie Holt (Hayward) and her infant niece off a coach and into the safety of the station until law can be restored. But when the, murderous bunch arrives to take control of the station, it will be up to the mild-mannered Owens to outsmart the outlaws before they can execute their deadly plans.

An extraordinary cast, headed by Gary Cooper, Susan Hayward, Richard Widmark and Cameron Mitchell, star in this suspenseful action-thriller that will keep you on the edge of your seat until its riveting climax! When a ship carrying three American fortune hunters strands them in Mexico, fate deals them a great hand - from the bottom of the deck. In exchange for a fat payday, they must journey into the heart of evil to rescue a trapped miner. With death surrounding them and murderous Apache warriors at their heels, it will take all their cunning, ingenuity and bravery to escape with their payday - and their lives!