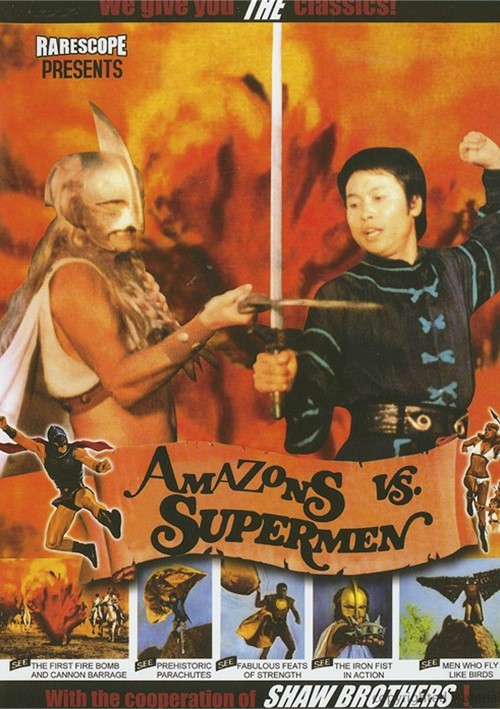 After the spectacular success of Enter The Dragon in 1973 many Western producers realized the potential of incorporating Chinese kung fu with their adventure films. Producer Stenio Fiorentini of Italy enlisted the cooperation of Hong Kong's largest film studio the Shaw Bros. and secured the services of their contract actor Yueh Hua to join a trio of actors that formed the Supermen.

Set back in ancient time when Greek culture ruled the world, the story deals with the conflict between a race warrior women, the villagers whom they hold in bondage the three men who dedicate themselves to setting them free.

A Caucasian named Aro (Nick Jordon), Tago, a giant son of Africa (Marc Hannibal), and the Oriental, Chang (Yue Hua) take on a whole army of Amazons using their amazing agility, knowledge of martial arts and their ability to invent strange machines of war, the heroes proving themselves to be a match for the warrior women.

Film entirely in Italy,Amazons Vs. Supermen enjoyed great boxoffice the world over. The Shaw Bros. were so confident in it's results they set forth with another co production with Hammer Studios of England called Legend Of The 7 Golden Vampires in the same year.

Reviews for "Amazons Vs. Supermen"