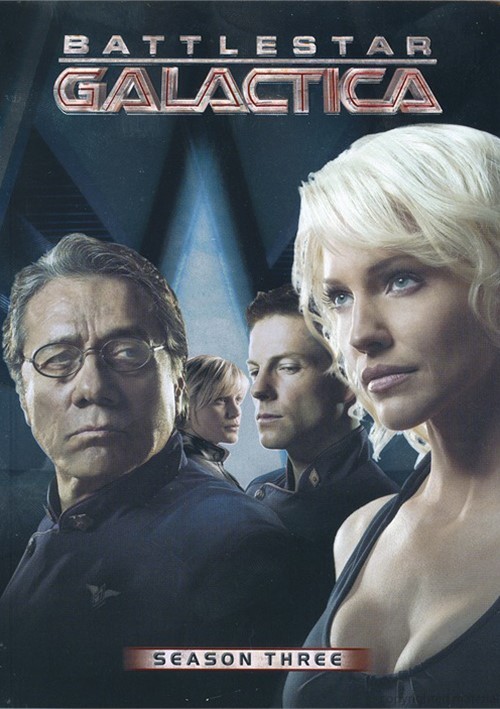 The adventures of one of television's finest dramas continues with the complete third season of the Peabody Award-winning Battlestar Galactica. The Colonies' survivors have found their hopes of eluding their Cylon pursuers dashed by an invasion and occupation of their new home. As the fate of all human life hangs in the balance, friends become enemies, enemies become unexpected allies, and decisions are made that will haunt some people for the rest of their lives. Relive all 20 episodes of the season that challenges everything you thought you knew about the Battlestar Galactica universe. Presented in Dolby 5.1 surround sound, the 6-disc set features over 15 hours of extensive special features, including the DVD exclusive version of the episode "Unfinished Business" containing 25 additional minutes of never-before-seen footage. You won't want to miss a minute of the series considered "one of the best dramas on TV" (Time Magazine).

- A Measure Of Salvation

- The Eye Of Jupiter

- Taking A Break From All Your Worries