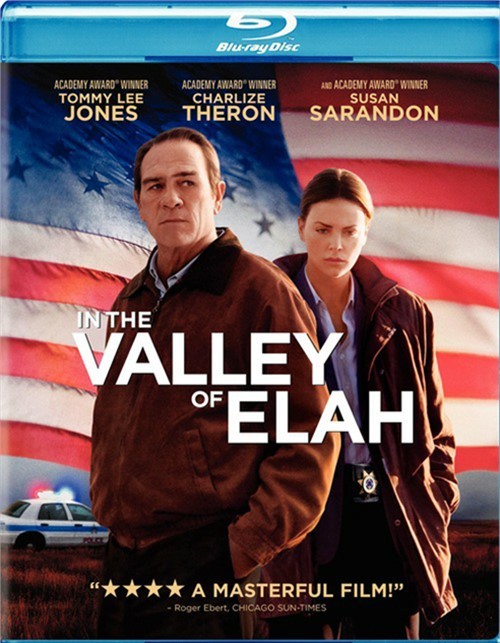 Mike Deerfield returns to the U.S. after his tour of duty in Iraq and abruptly goes missing. His father Hank (Jones), a spit-and-polish ex-MP from the Vietnam era, goes looking for him. What he finds goes to the heart of American combat experiences in the Iraqi conflict. Academy Award-winning Crash filmmaker Paul Haggis teams with Oscar-winning actors Tommy Lee Jones, Charlize Theron and Susan Sarandon in a probing and powerful look at a nation and the young soldiers it sends into battle. Hank's quest lays bare a tangled web of cover-up, murder, mystery and profound revelation about the personal costs of war.

Review "In The Valley Of Elah"

Reviews for "In The Valley Of Elah"