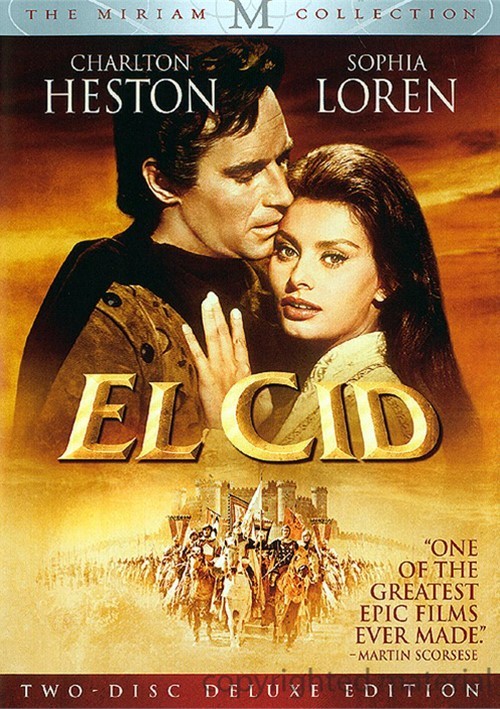 Now available on DVD for the first time , this sweeping, Oscar nominated epic is "one of the most spectacular mega productions ever made" (Louis Black, The Austin Chronicle). Digitally remastered and loaded with revealing special features, El Cid stars Academy Award winners Charlton Heston and Sophia Loren in two of their legendary performances.

Unequaled in scope, grandeur and adventure, El Cid is an essential part of any film lover's collection.

Hollywood Conquers Spain: The Making of El Cid
Samuel Bronston: The Epic Journey of a Dreamer
Behind The Camera: Anthony Mann and El Cid
Miklos Razsa: Maestro of the Movies
Preserving Our Legacy: Gerry Byrne on Film Preservation and Restoration
Trailer Gallery