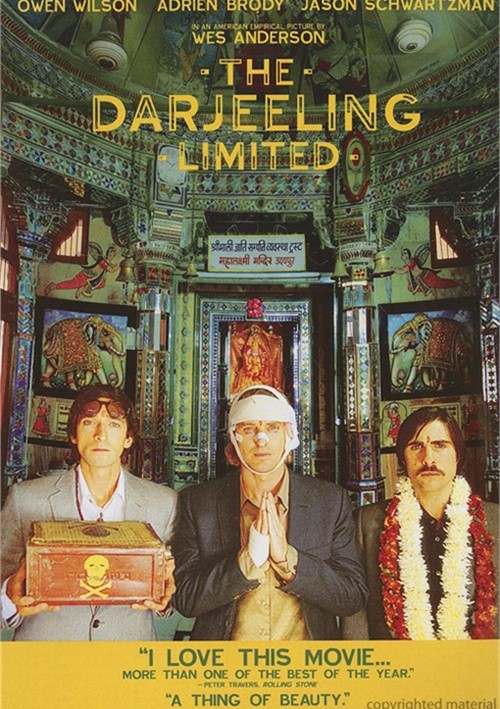 In director Wes Anderson's The Darjeeling Limited, three American brothers who have not spoken to each other in a year set off on a train voyage across India with a plan to find themselves and bond with each other - to become brothers again like they used to be. Their spiritual quest, however, veers rapidly off course (due to events involving over the counter pain killers, Indian cough syrup, and pepper spray), and they eventually find themselves stranded alone in the middle of the desert with eleven suitcases, a printer and a laminating machine, at this moment, a new, unplanned journey suddenly begins. Owen Wilson, Adrien Brody, and Jason Schwartzman star in this film about their adventure and their friendship.

Reviews for "Darjeeling Limited, The"