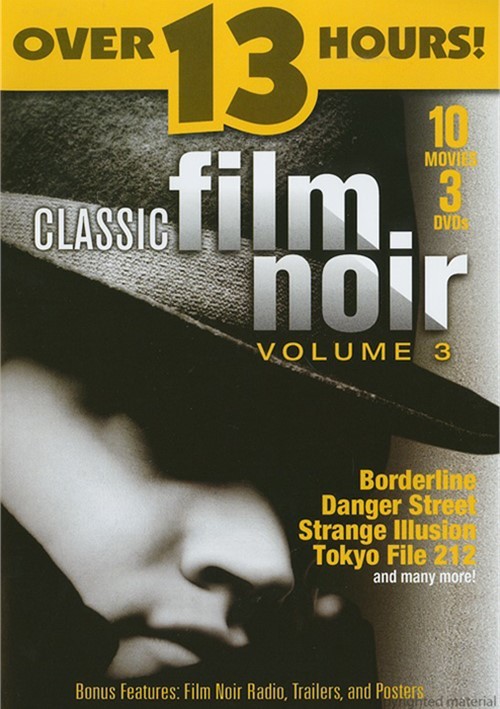 This ultra stylish film noir flick stars Betsy Drake as a young women who, while visiting her aunt on the coast, falls for a handsome bachelor (Robert Young). But inexplicable accidents befall the pair, and the menacing atmosphere grows darker as a shadowy presence emerges from the recesses of their past.

Claire Trevor plays a gutsy uncover agent on a sting operation to catch a prolific drug smuggler. But just when she's got him where she wants him, the sting goes wrong and the lines between crime and justice, love and hate, life and death become darkly blurred.

A prostitute with a troubled past finds contentment when she moves to the small town of Grantville. Working as a nurse's aid and having fallen for a handsome police captain (Anthony Eisley) things seems to be looking up; but can she outrun her past forever?

At a uptown health spa, owner and drug lord Umberto Scalli lurks behind the scenes where he uses the spa as a front for his distribution ring. One detective (William Thomason) has the courage to infiltrate the ring and uncover the dark truth.

The perfect couple, Harry and Eve Graham are trying to adopt a baby. But Harry has a secret that is about to be revealed when the head of the agency starts investigating his shady past.

Filmed in England, this dark tale of international intrigue stars Terry Moore as an American actress who becomes the dupe in a diamond smuggling scheme. Is the key to proving her innocence a hastily sketced drawing on the back of a pastcard?

The life of a reporter can be seedy, but sometimes its downright deadly. Jane Withers and Robert Lowery play a couple industry hounds who get the picture, discover a murder, identify the killer, publish the story, and just manage to escape with their lives.

This modern day Hamlet stars Jimmy Lyndon as the son of a wealthy judge whose death seems more than coincidence. he suspects someone is out to harm the family, but can he convince them he's not crazy in time to save them all?

The Girl From Rio

Kay Linaker plays a nightclub singer who heads for New York to seek her fortune and, at the same time track down the man who framed her brother. As she narrows in on her target, the girl from Rio finds her life on the line. Also starring Warren Hull and Alan Baldwin.

This classic Cold War film noir movie potrays G-2 agent Jim Carter (Robert Peyton) doing his best to thwart the Reds, despite the formidable opposition of femme fatale Steffi Novac (Florence Marly). An Eastern flair prevails in this stylish flick that will have you on the edge of your seat

"Film Noir" SeriesView All 3 Titles in the Series > 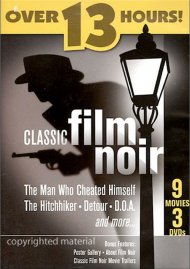 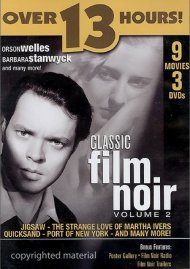