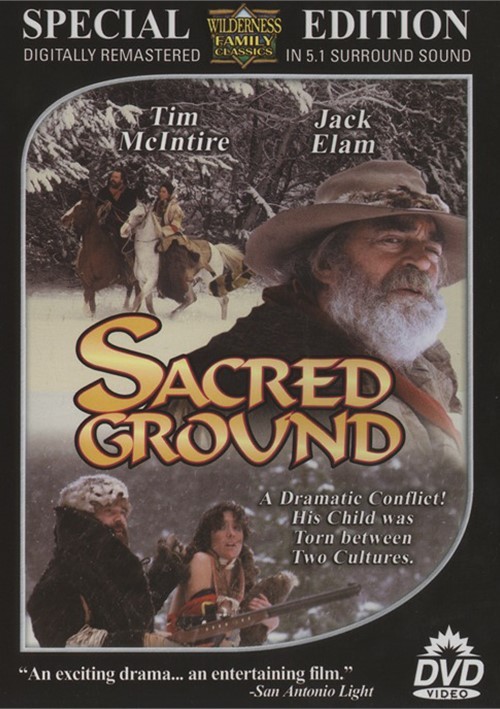 A Dramatic Conflict! His Child was Torn between Two Cultures.

From the producer of Windwalker comes another riveting action-adventure. In 1861, Mountain man, Matt Colter (Tim McIntire) and his pregnant Apache woman, Little Doe arrive in Eastern Oregon. After finding their cabin destroyed, they build a new cabin on a hill, unaware it is a sacred Paiute Indian burial mound. The Paiutes are outraged and destroy the cabin, and among the smoldering ruins, Little Dow dies giving birth to their son.

Realizing that he must find food for the baby. Colter captures a Paiute woman to nurse his child. The Paiutes again attack, this time capturing the child who they believe to be sacred. Exhausted and near death, Colter must regroup, and with the help of his friend, Lum Witcher (Jack Elam), an old Mountain Man, he fights to reclaim his son. The final confrontation is both dramatic and surprising in this poignant classic, Sacred Ground.