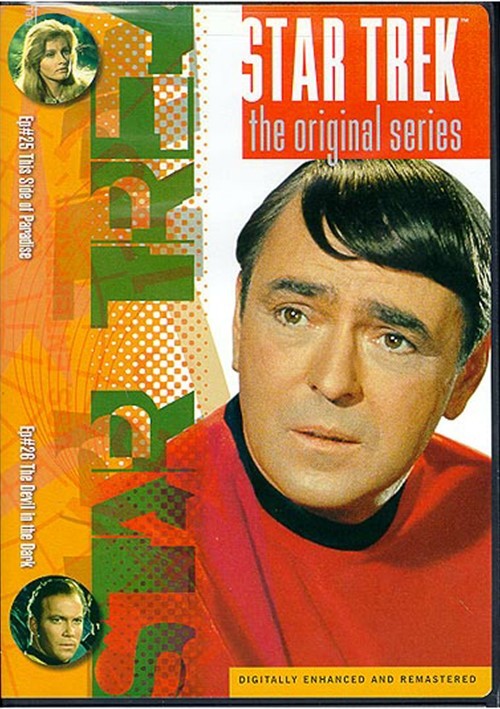 This Side Of Paradise: (Episode 25)

On Omicron Ceti III, the U.S.S. Enterprise discovers the colonists unaffected after three years exposure to deadly Berthold rays. Spock is reunited with an old friend, Leila Kalomi (Jill Ireland), who exposes him to strange spores causing Spock to release his emotions and he promptly declares his love for her. The spores affect the entire U.S.S. Enterprise crew, which has beamed down to the planet. Kirk, under the spores' influence, prepares to abandon ship. But if he leaves, no one can beam back up!

The U.S.S. Enterprise is summoned to investigate a deadly "monster" which is menacing the miners on Janus IV. Kirk discovers that a strange rock-like being called a "Horta" has been killing the men, before escaping through solid rock. The Horta then steals the air-circulation pump, threatening all with death. Kirk wounds the creature, but suddenly it corners him. Will Kirk become its next victim? An how can Spock survive a Vulcan mind-meld with this alien life-form?