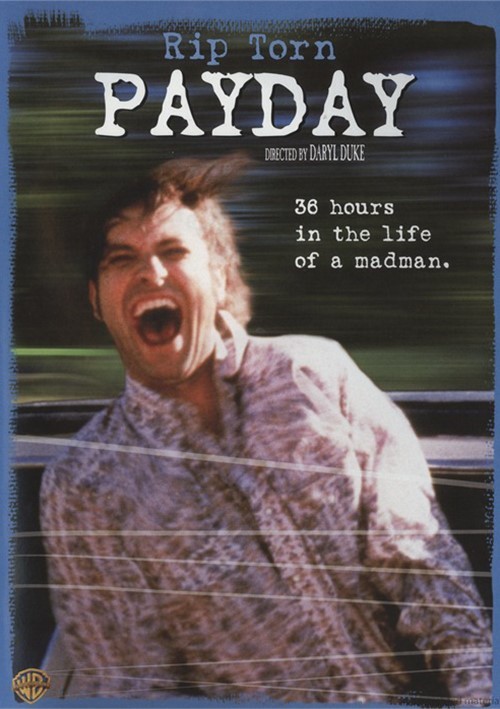 "You only pass this way once, so grab everything you can." That's the credo of less-than-first rank country singer Maury Dann. His songs are getting some airplay and he's being considered for a Grand Ole Opry guest appearance. But the biggest obstacle on Maury's climb to the top is hound-dog Maury himself.

Rip Torn (Men In Black, The Larry Saunders Show) sings his own songs and gives an indelible performance as Maury, whose fame rises in contrast to the depths to which his soul will sink in satisfying his hedonistic urges. He pushes his entourage to the limit and puts the women around him at odds with each other. With a skilled ensemble cast directed by Daryl Duke, Payday is "accurate and observant, one of those welcome movies made by people with genuine knowledge of their subject" (John Collis, Time Out Film Guide)