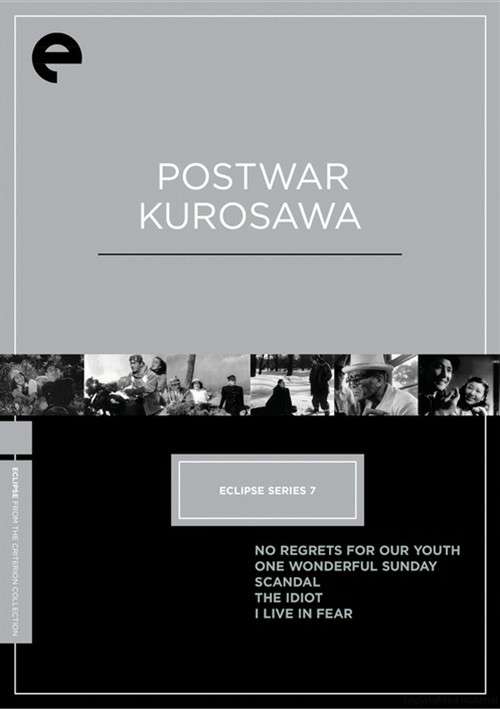 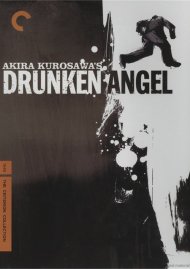 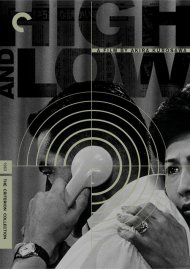 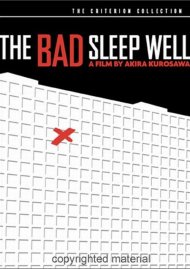 Akira Kurosawa came into his own as a filmmaker directly following War World II, delving into the state of his devastated nation with a series of pensive, topical dramas. Amid Japan's economic collapse and U.S. occupation, Kurosawa managed to find humor and redemption alongside despair and anxiety. In these early films, which range from political epic to Capraesque whimsy to courtroom potboiler, Kurosawa revealed the artistic range and social acuity that would mark his carer and make him the most popular Japanese director in the world.

No Regrets For Our Youth

Yukie (a brilliant Setsuko Hara), the spoiled bourgeois daughter of a university professor, begins a soul-searching journey that takes her from the elegance of Kyoto to the peasant farms of impoverished rural Japan, the rise and fall of ultranationalism corresponding with her own moral awakening.

Yuzo and Masako, a middle-class couple suffering from economic postwar decline, meet on Sunday in Tokyo with only thirty-five yen to spend. Kurosawa alternates sadness and joy in his depiction of these young lovers adjusting to their nation's new financial realities.

In Kurosawa's look at the abuse of freedom of speech, painter Ichiro (Toshiro Mifune) and popular singer Miyako (Yoshiko Yamaguchi) are photographed together by a paparazzo at a retreat, and are wrongly accused by tabloid journalists of having an affair. Ichiro sues for libel, but his desperate, crooked lawyer Hiruta (Takashi Shimura), playing both sides, doesn't come to his defense.

In Kurosawa's adaptation and update of Dostoyevsky's classic novel, the childlike ex-POW Kinji (Masayuki Mori) returns home after the war only to become trapped in an existential love quadrangle. Toshiro Mifune and Setsuko Hara also contribute haunting performances in this tale of otherworldly purity.

I Live In Fear

In Kurosawa's evocation of nuclear-age anxieties, Toshiro Mifune transforms himself into a wizened Tokyo patriarch so paralyzed by fear of the atomic bomb that he alienates his entire extended family and recedes from society.

Reviews for "Postwar Kurosawa: Eclipse From"