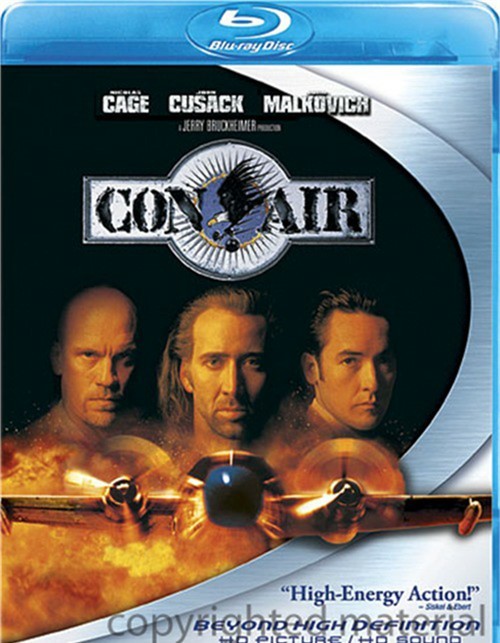 A prison parolee (Cage) - on his way to freedom - faces impossible odds when the maximum security transport plane he is on is skyjacked by the 10 most vicious criminals in the country. Experience death-defying stunts and mind-blowing special effects in eye-popping 1080p while jet engines roar and turbulent action rocks your world in 5.1 48 kHz, 24-bit uncompressed audio. The excitement takes off and never lets up with Blu-ray High Definition.

A View From Above
The Destruction Of Las Vegas
Theatrical Trailer