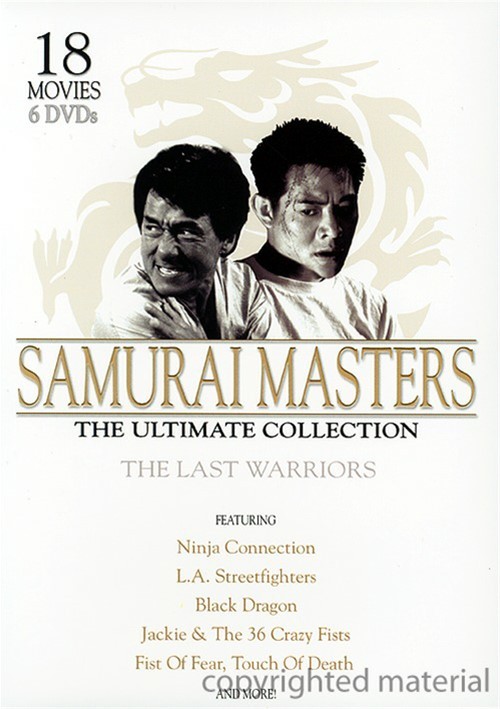 Honor is at stake when a Vietnam vet (Bolo Yeung) pulls off a bank heist with his gang, and conflicting loyalties threaten to pull the group and their families apart. Directed by Lou Kennedy and Brandon Pender,

Phillip Rhee stars as Tony, the new kid at school who befriends a streetfighting gang leader (Jun Chong), but in so doing makes lethal enemies. Now it's up to the pair to fight for their lives - and their honor. Directed by Woo-sang Park.

Following the death of the great Bruce Lee, a scientist creates three clones of the martial arts legend. Trained to be perfect crime-fighters, the three from a powerhouse of high kicking street justice. It's law enf-rcement Bruce Lee style! Directed by Joseph Kong.

When a mild-mannered Chinese man travels to San Francisco in 1882, he steps into an underworld of crime, violence, racism and territorial war. Starring Chen Lee.

Sonny Chiba returns as Terry Sugury, hired to retrieve a tape that contains a deadly and sought-after drug secret.

Set in China in the early 1900's, this i a semi-biographical story of action star Wang Yu, one of the first martial arts masters in film and pioneer of the genre. Directed by Lung Kin.

Blood Of The Dragon

Starring Chiao Chiao, Nu Lung, Yang Yang, and Wang Yu, this Kung Fu flick is about a boy charged with the important task of delivering a secret message to Prince Ma Tung, leader of a rising rebellion against the prime minister.

Action director Jackie Chan offers his martial arts expertise in this great action flick starring Tony Leung Siu Hung. When his father is killed, he seeks revenge and learns the fighting arts from a shaolin master in preparation to face his father's murderer.

Directed by Ma Wu and starring Tan Tao Laing, this fast-paced film delivers Kung Fu action at its best. The amazing fight scenes revolve around eight thieves who steal a sacred treasure map and are on the run from the police.

The training guidebook of legendary Kung Fu master Bruce Lee has disappeared, and one of his disciples (Dragon Lee) must retrieve it at all costs.

Fist Of fear, Touch Of Death

Dragon Lee Stars in the period sago about a young warrior the unites the jealousy of the Hell Lord.

A trainer (Yasuaki Kurata) and his student make it to the finals of the world fighting championships.

After the death of his parents at the hands of a gangster, Kao Che (John Liu) is bent on revenge.